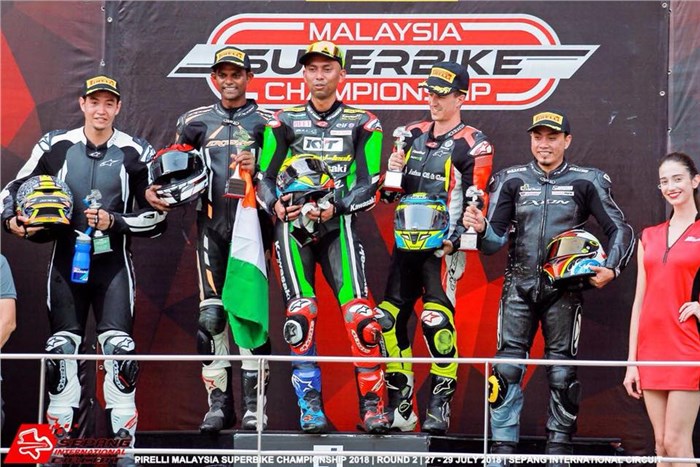 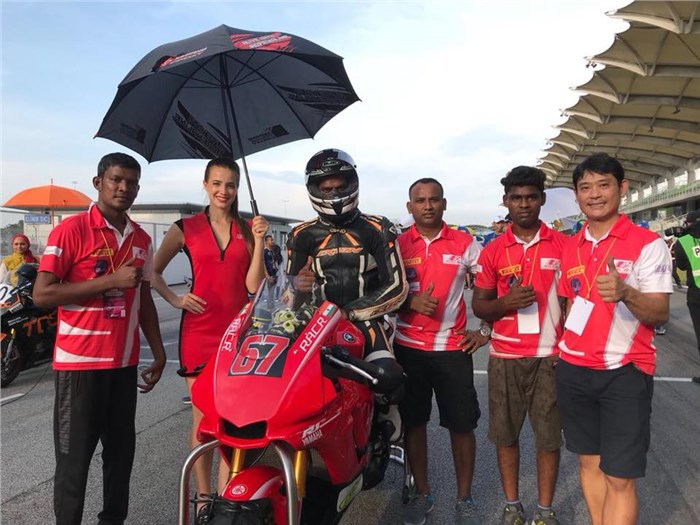 Rajini Krishnan endured a tumultuous weekend at Round 2 of the Malaysian Superbike Championship, but came through to achieve a top 5 finish in both races, including a second place finish in Race 1.

Having qualified in second position for the first race of the weekend, Rajini started well but was unable to maintain the pace of the leader. Using the stock brakes on his Yamaha R1 race bike, he struggled with brake fade and brought the bike home in second place, fetching him 20 valuable championship points.

Race 2 was even more eventful - Rajini found himself leading the early stages of the race, but his brake issue came back to haunt him. He ran wide at the final corner on lap 3, and this dropped him to fourth place. Rajini had to readjust his brake markers to compensate for his brake issues, and rode strongly to recover to second place by the penultimate lap.

However, a screw came loose on his foot peg and caused a false neutral, causing Rajini to once again run wide off the track and fall back to fourth place, where he eventually finished the race.

The next round of the MSBK Championship will take place from the September 14 to 16, giving Rajini and his team enough time to regroup and find a solution to his unfortunate brake issues.