Joan Pedrero of TVS maintained his position in the top 10 after a gruelling Stage 3, while Hero racer Oriol Mena rode valiantly to gain 14 positions. 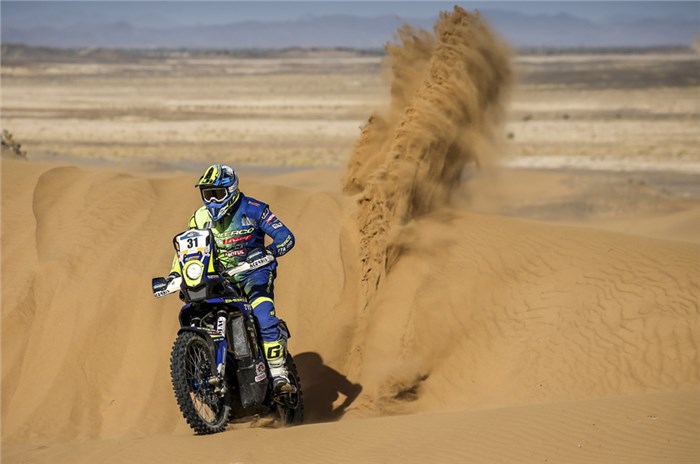 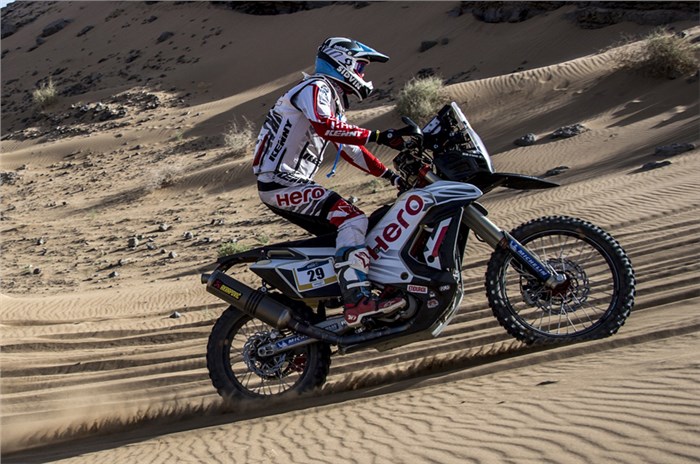 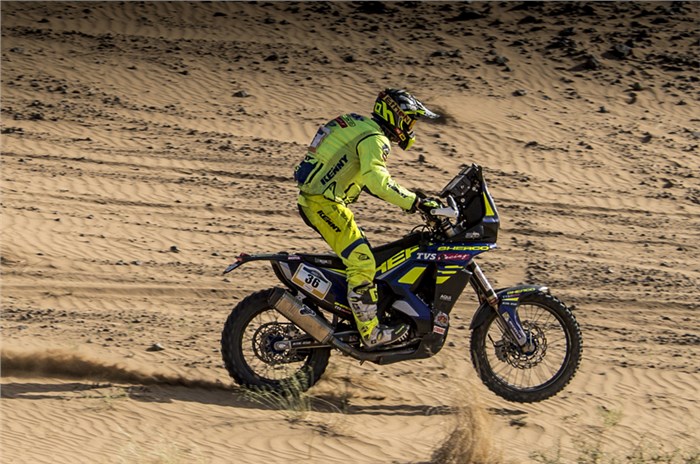 Stage 3 of the 2018 Merzouga Rally was touted as the toughest day of the event but for both the Indian teams it was, gladly, a fruitful outing. The first marathon stage consisted of a liaison (a timed section) of 63km after which riders had to negotiate around 240km in the dunes of Rissani erg and Chebbi erg, along with sand in the Fezou region and Ouzina erg before finishing at the campsite.

What made Stage 3 particularly difficult was the fact that the riders had no help from their crew and were relying on themselves or kind fellow riders for help. Joan Pedrero remained the top Sherco TVS Factory Rally team rider as he finished the stage in eighth place. Lorenzo Santolino dropped a place compared to his standings after Stage 2 to finish 11th. Duplessis Diego Martin also dropped a position to finish Stage 3 in 13th position while his teammate Vanni Cominotto finished in 24th place.

Commenting on his performance, Joan Pedrero, rider, Sherco TVS Factory Rally Team says, "This stage was extremely challenging for me as I had to negotiate dunes, sand and stones in a special marathon stage. We had to cross the tricky stone terrain with care as there was no external help in this stage. I am glad to have finished it with my bike in a good condition. "

Hero MotoSports Team Rally performed well to improve their overall standings at the end of stage. Oriol Mena, who had faced electrical problems on his motorcycle in Stage 2, rode brilliantly to cover up for the time he had lost in the previous stage. The Spanish rider made sure he didn’t commit any navigation errors and this meant he climbed from 28th position to 14th place by the end of Stage 3. C S Santosh rode cautiously to end the stage in 27th place. Overall, Oriol stands at 16th place and C S Santosh is in 20th place at the end of three stages.

Commenting on his performance, Oriol Mena, rider, Hero MotoSports Team Rally said, “I started well today and attacked from the start to catch the rider in front of me. It was a day of mostly solo riding as I had a good clearance both in front and behind me. I made no navigation mistakes and rode carefully in the rocky section to arrive safely at the Marathon Bivouac. Now we rest and then prepare for the next section of the marathon stage.”

Joan Barreda Bort of Monster Energy Honda was the fastest rider in Stage 3 and was followed by his teammate Benvaides Kevin in second position. Pablo Quintanilla, representing Rockstar Energy Husqvarna Factory, dropped a place to end Stage 3 in third position, just a minute behind Quintanilla. Despite the long stage, the riders can’t relax. They will have to prep their motorcycle for the next marathon stage without any assistance from their crew.