Sherco TVS Factory Rally had an impressive outing in Stage 2, while it was a day to forget for Hero MotoSports Team Rally. 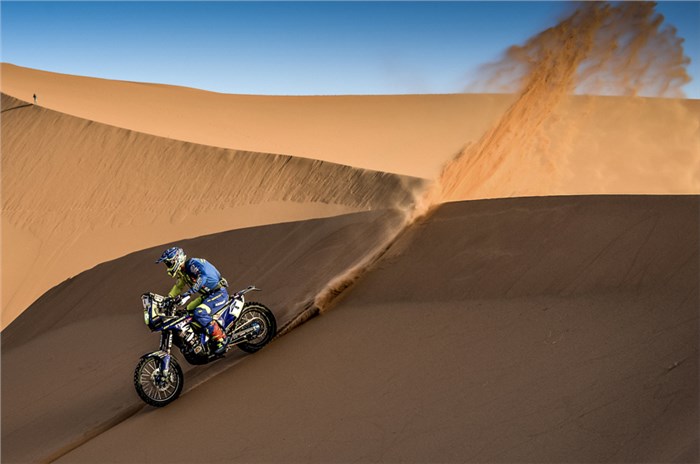 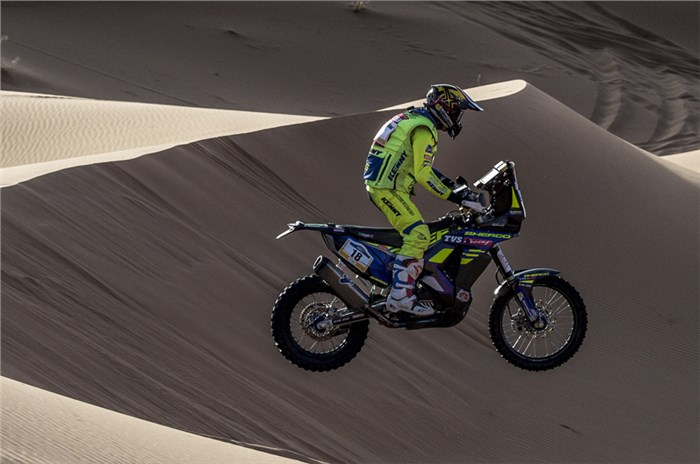 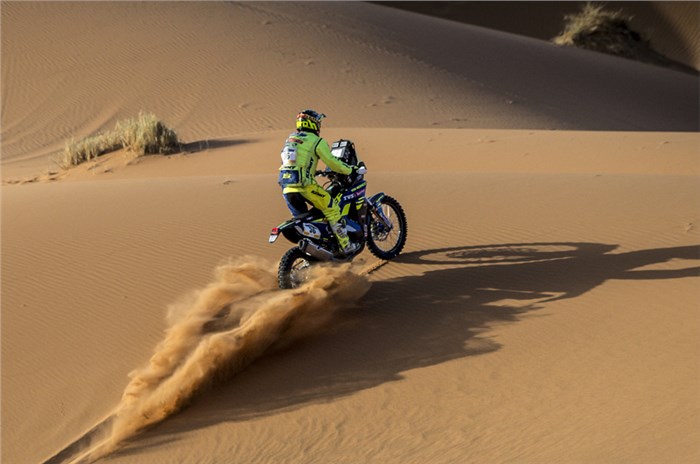 As expected, Stage 2 in the ninth edition of the Afriquia Merzouga Rally was a difficult outing for the teams. The total stage length was 175km and it was held in the Erg Chebbi desert. Joan Pedrero was the top finisher for Sherco TVS Factory Rally team as he ended the stage in eighth place, which is a drop of three places in comparison to his Stage 1 standings. Diego Martin had a good outing as he climbed from 12th place to ninth position, while Lorenzo Santolino dropped a position to end Stage 2 in 10th as he suffered a small crash before the finish line. TVS debutant Vanni Cominotto improved his ranking as he finished Stage 2 in 24th place, a jump of three positions in comparison to his last stage performance.

Commenting on his performance, Joan Pedrero, Racer, Sherco TVS Factory Rally Team said, "I felt very good in the dunes and finished the stage without any major problems with the bike. Looking forward to the marathon stage tomorrow as it will test both man and machine."

Stage 2 was a mixed one for Hero MotoSports Team Rally. Indian rider C S Santosh who completed Stage 1 in 20th place struggled with navigation as he dropped to 25th position by the end of Stage 2. His teammate, Oriol Mena, fared even worse as he struggled in the dunes and lost his way to finish Stage 2 in 28th position, undoing his good performance in Stage 1 in where he was in 11th place.

Stage 3 is considered by many as the highlight of the 2018 Merzouga Rally. It’s a marathon stage in which the riders will not receive any help from their crew and will have to service their machines on their own or rely on competitors for aid.