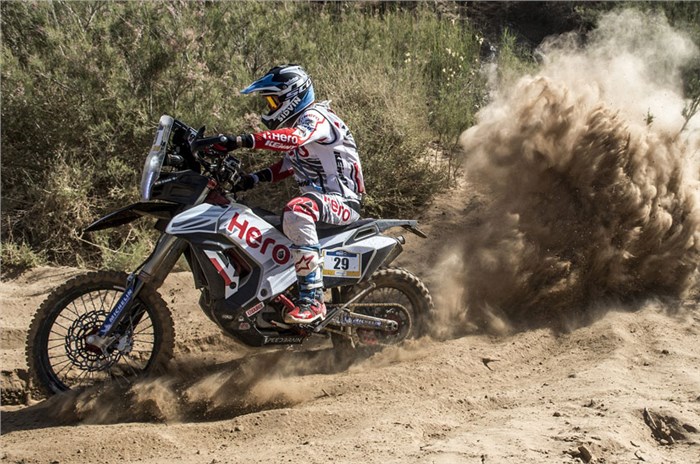 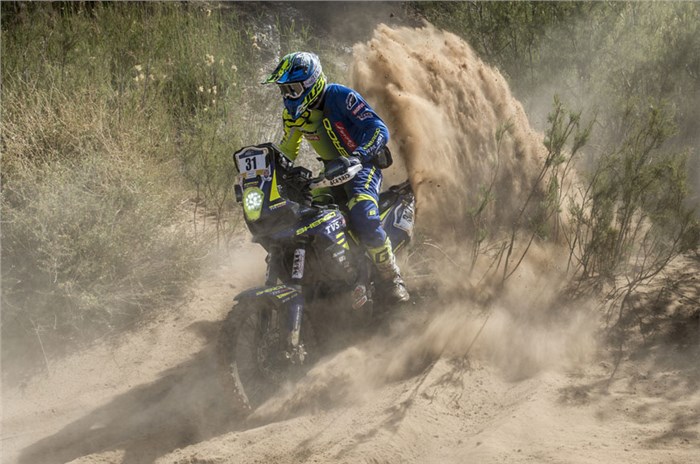 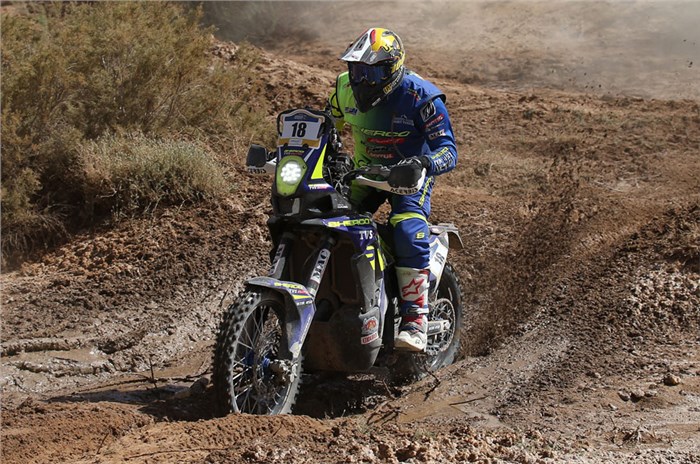 Stage 1 of the 2018 Merzouga Rally started from Timbaktu hotel and consisted of two loops of 110.7 kilometres and 96.01 kilometres respectively.  At the end of the stage, Joan Pedrero of TVS stood at fifth place, while Santolino Lorenzo finished in ninth position. Diego Martin improved his prologue performance to finish the stage in 12th place and Vanni Cominotto is now in 27th position.

Commenting on his performance, Joan Pedrero, Racer, Sherco TVS Factory Rally Team says, “The stage was a test of our navigational skills and included dunes, sand as well as water zones.  I am happy with my performance and look forward to improving my rankings in the next stage.”

Commenting on his performance, C S Santosh, Rider, Hero MotoSports Team Rally said, “First stage was a bit difficult for me as the two loops were same for bikes and the Side-by-Side vehicles which left a lot of tracks everywhere. The first loop was tricky but I made some good time and overall kept my mistakes to the minimum. Overall a good learning and I think the next few days are going to be as tricky as this one.”

Stage 2 of the rally will be run on the Erg Chhabbi and will be 175km long. The stage is expected to be fast and will be a gruelling test of the racer’s physical endurance and their navigation skills.