Gaurav Gill lead day 1 of the rally, but, it was Younus Ilyas, who grabbed the limelight. 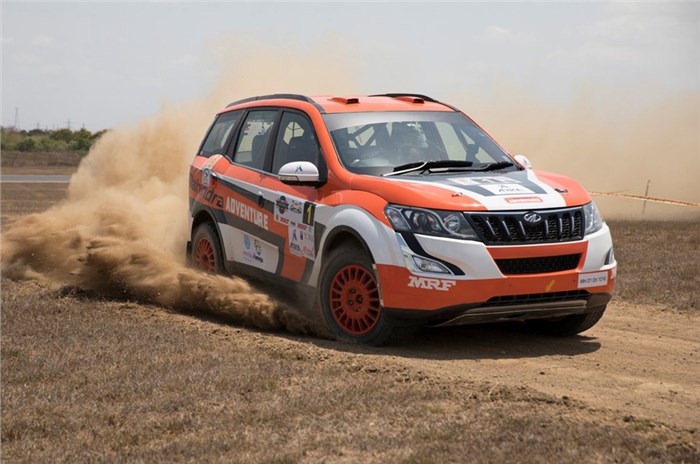 Round 1 of the 2018 INRC commenced from the MMRT race track on the outskirts of Chennai. As expected, Gaurav Gill led the opening day of the MRF 40th South India Rally. Vicky Chandhok, who’s making a comeback after an 18-year hiatus surprised everyone when he finished the opening stage in first place. The rally veteran is representing Volkswagen Motorsport India and is competing with the Polo R2. Gill’s outing wasn’t a smooth one, as he faced brake issues on his Mahindra Super XUV 500. However, the reigning champion was able to address that issue and made a strong comeback in the remaining stages, winning all of them to lead the rally. Gill and his co-driver Musa Sherif completed the five stages od day 1 in 44mins and 35 sec.

INRC 2 racers, Younus Ilyas and Harish Kumar were the biggest surprises of the day, as they managed to finish in second place, just over a minute behind Gill. Ilyas started off brilliantly to be in the top 3 in stage 1 and 2. They did struggle in the middle part of the rally, but, a strong performance in the final stage allowed them to make up for the lost time.

The level of competition can be gauged from the fact that only five seconds separate the second and third place finishers. Karna Kadur/Nikhil V Pai (Arka Motorsports), who are participating in the INRC-2 class managed to clock the third fastest time.