While TVS Racing managed to win both races in the Super Sport Indian class, Honda Racing claimed 5 podiums over the weekend. 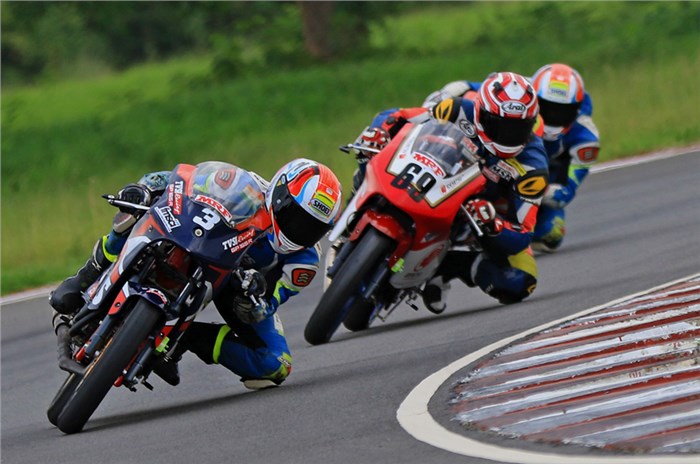 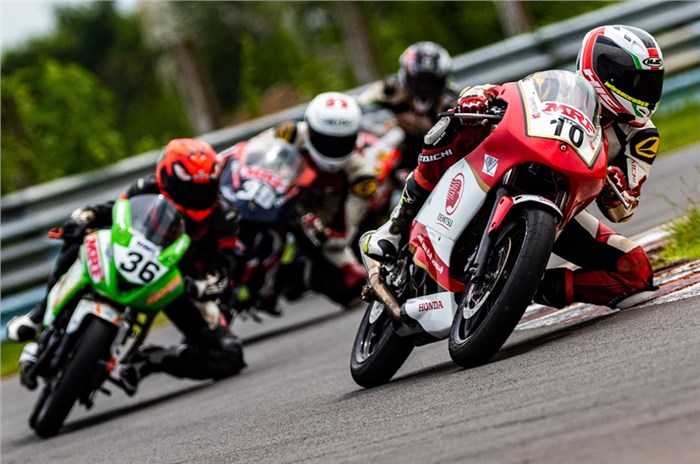 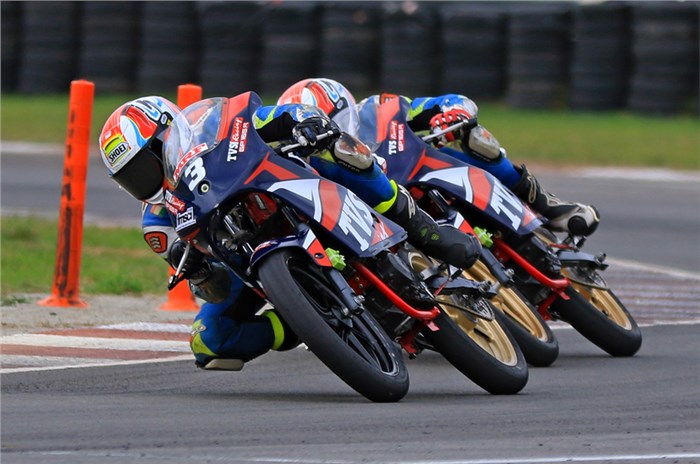 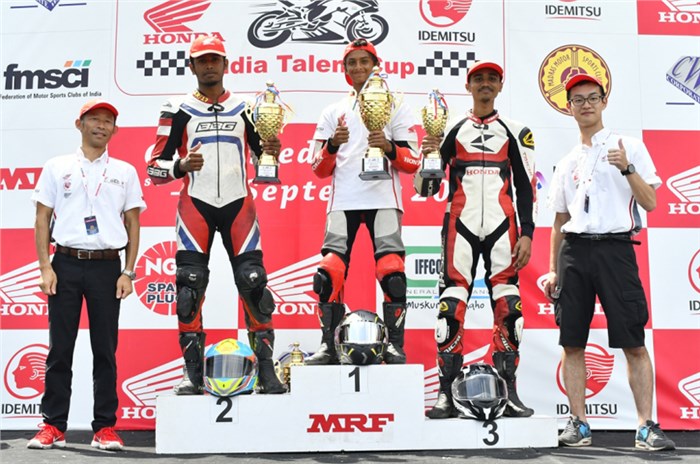 The Idemitsu Honda Ten10 Racing team didn’t have the perfect outing in Round 3 of the Indian National Motorcycle Racing Championship at MMRT in Chennai. The Honda factory team was leading the championship heading into the third round and Rajiv Sethu was on top of the rider’s championship standings. However, it was TVS Racing that had a dream weekend, clinching victories in both the races of the Super Sport Indian class.

While the Honda riders had a good outing in qualifying, they couldn’t make an impact in the first race. The TVS duo of Jagan Kumar and KY Ahmed made a great start with Kumar leading, closely followed by his teammate. Honda’s hope was resting on S. Mathana’s shoulders, who was not too far behind the TVS riders. Honda suffered further setbacks as Rajiv Sethu crashed out in the opening lap and mechanical issues ended Sarath Kumar’s race. Jagan was able to fend-off Ahmed to take a deserving win, while Mathana took the last step on the podium.

In Race 2, it was again a three-way battle for the race lead, but this time between Jagan, Ahmed and Sarath. Sethu’s bad luck continued as he had to retire with mechanical problems and Mathana crashed out. Unlike Race 1, it wasn’t an easy outing for the TVS riders as Sarath was trying his best to grab the race lead and it was an engrossing three-way fight for victory. However, in the closing stages of the race, Jagan was able to eke out a fair lead ahead of Sarath and Ahmed. In the end, Jagan managed to cross the finish line with a comfortable lead to mark a perfect weekend for his team and himself. Sarath utilised his experience to outsmart Ahmed and finish in second position, bringing home some valuable points for the Idemitsu Honda Ten10 Racing team.

The two wins has escalated Jagan lead at the top of the championship standings with 112 points, followed by his TVS Racing teammates Ahamed (91) and Deepak Ravikumar in third with 74. Sarath Kumar and his Honda teammate Rajiv Sethu are both tied on 70 points each.

In Race 1 of the ProStock category, Honda Racing’s Mithun Kumar dominated proceedings with a lights-to-flag win. Such was his pace, that he crossed the finish line a whole second ahead of RACR rider Naresh Babu, who was followed by TVS Racing’s Sivanesan S. In Race 2, Kevin Kannan of Rockers Racing emerged victorious and Honda Racing registered a double podium with Mithun in second position and his teammate, Senthil Kumar, grabbing third place.

One of the most keenly contested events is the Honda CBR 150R Talent Cup. 14-year old Mohammed Mikail continued his winning form in Round 3 as well, grabbing victories in all three races. Despite poor starts, Mikail was able to grab the race lead within the first few laps and once in the lead, he just disappeared from his rival’s vision. Completing the podium were Kartik V. Habib and Anandhu K.K in second and third place, respectively. Race 2 was a closely contested scuffle between Anandhu and Kartik. Such was the intensity of the battle, there was physical contact between the riders during the race. Anandhu managed to win the fight and Kartik was disqualified from Race 3 for his rough manoeuvre. Anandhu managed to register yet another second place finish in Race 3 and was followed by Charan T in third position.