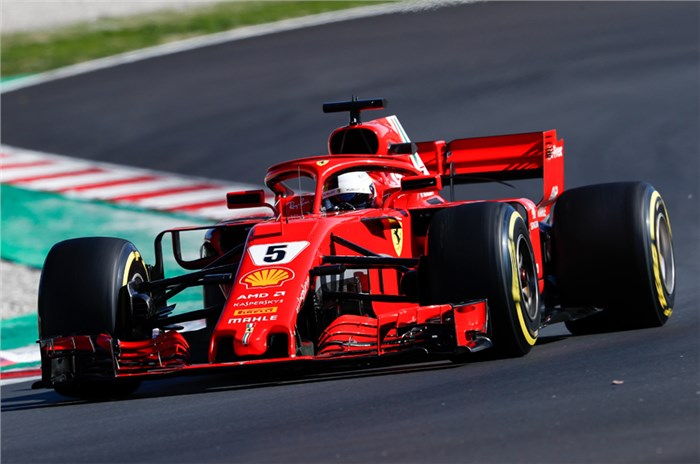 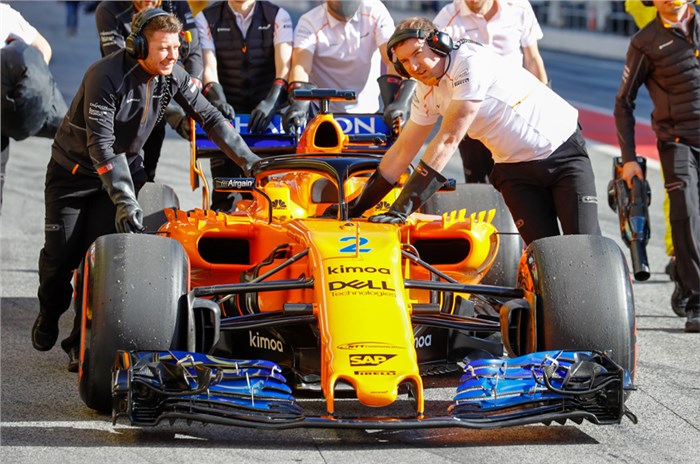 Sebastian Vettel was the fastest on the opening day of the second Formula 1 pre-season test at Barcelona, as McLaren suffered stoppages twice, during the day.

It took Vettel until just after mid-day to overhaul early pacesetter Valtteri Bottas, with his his 1m20.396s lap time on medium tyres standing as the benchmark until the end. Bottas, on softs, was two-tenths slower than the Ferrari driver before handing over the Mercedes W09 to Lewis Hamilton for the afternoon.

The reigning champion made gradual progress up the order throughout the afternoon, eventually overhauling Pierre Gasly's Toro Rosso using soft tyres and then improving to a best time of 1m20.808s.

Max Verstappen's Red Bull split the two Mercedes drivers in third with his morning time. Though his afternoon was hampered when he stopped at Turn 1 with an hour and a half to go, he was able to return to the track for the final 15min.

Gasly ended up fifth but endured a mixed day as Toro Rosso suffered its first real trouble of pre-season testing with Honda – a brake system issue. Red Bull's junior team was limited to just 54 laps after not taking to the track at all for the final three and a half hours.

Kevin Magnussen did not improve on his morning time, which was good enough for the Haas driver to end the day sixth-fastest. Nico Hulkenberg was seventh for Renault, with Carlos Sainz Jr at eighth, after taking over the RS18 for the second half of the day.

While the works team enjoyed a productive Tuesday, its new customer McLaren did not fare as well. Stoffel Vandoorne suffered a power shutdown at the end of his installation lap at the beginning of the day; then an hour later, came to a halt exiting the final corner with a similar problem. Both McLaren and Red Bull’s stoppages were caused by battery problems, with supplier Renault attributing both problems to a bad batch.

McLaren got Vandoorne out in time for three laps at the end of the morning; but his afternoon running was cut short by a hydraulics problem with just 38 laps to the MCL33's name.

The extent of McLaren's lack of mileage was laid bare as several teams took full advantage of conditions being considerably better than last week. Mercedes clocked 177 laps between Hamilton and Bottas, while Vettel racked up 171 on his own for Ferrari.

Renault, Red Bull, Williams and Sauber also used the sunny and dry conditions to clock well clear of a 100 laps each, while Haas and Force India ended with 96 and 93 laps, respectively.