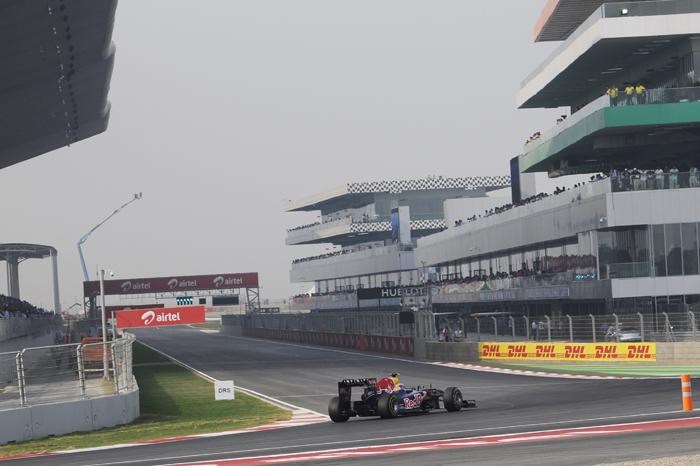 The Indian Grand Prix has been dropped from next year's Formula 1 calendar - but is set to return at the start of 2015.

After intense speculation about the future of the event amid tax issues with Indian authorities, F1 supremo Bernie Ecclestone has confirmed that the race was off.

But rather than being dropped because of the tax matters, he says that its private owner Jaypee has shied away from a 2014 grand prix because of calendar issues.

It wants to move the race to a March slot to fit in with other flyaway events – and reckons having two races within the space of six months does not make sense.

Ecclestone told the Indian news agency IANS: "When we signed the five-year deal with Jaypee, we were keen on going to India in the first half and Jaypee wanted it to be in October.

"We gave in at that time, but now it looks we will have the race early 2015. It was too close.

The ditching of the Indian GP clears the way for Ecclestone to slot in the Russian Grand Prix in October next year.