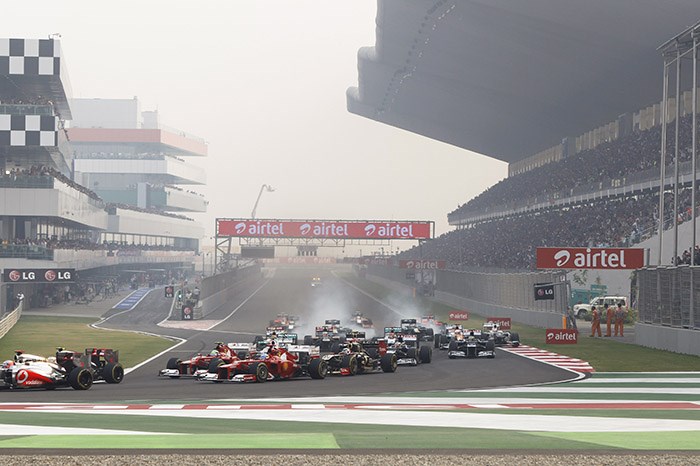 The tickets for the 2013 edition of the Indian Grand Prix are now one sale, the organisers have announced.

Three day season tickets as well as race day (Sunday only) tickets are on offer for the third edition of the event, which will be held from October 25-27 at the Buddh International Circuit in Greater Noida.

The cheapest way to experience Formula 1 would be the Natural/Picnic stands, with a three-day season ticket costing just Rs. 2000, while a Main Grandstand season ticket will cost Rs. 21,000 and Rs. 15,000 for the lower and upper tiers respectively.

Tickets can be bought online at www.bookmyshow.com as well as Mercedes-Benz dealerships in Delhi, Noida, Gurgaon, Mumbai, Bangalore, Pune and Chandigarh, since the German brand is the official automobile partner for Buddh International Circuit.

After this edition, the next Indian GP is likely to happen in March 2015, after a scheduling change will see the F1 calendar skip the 2014 event.