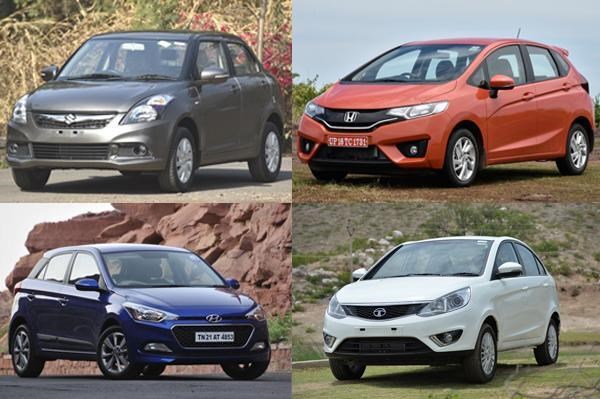 The Indian passenger vehicle industry has finally surpassed the three-million-units sales mark, for the first time ever. According to the Society of Indian Automobile Manufacturers (SIAM), passenger vehicle sales rose 9.23 percent from the previous year to 30,46,727 units in the year ended March 31, 2017, thereby registering its best performance in five years. While the growth momentum was strong in the first six months, sales were hit in the second half due to the demonetisation exercise. The passenger vehicle space was hit for a brief period but regained normalcy by January 2017.

The overall passenger vehicle industry (passenger cars, utility vehicles and vans) achieved the 3-million milestone on the back of new launches as well as sharp growth in SUV sales at 7,61,997 units (up 29.91 percent year-on-year), what with demand for compact SUVs going through the roof. Demand for vans, though, was muted with sales of 181,734 units ( up 2.37 percent). The passenger car segment sold a total of 21,02,996 units (up 3.85 percent).

The compact cars (Swift, Ritz, Celerio, Ignis, Baleno, Dzire) were the biggest contributors to domestic sales at 5,84,850 units, up 7.9 percent year on year. The Baleno, which has crossed 1,50,000 sales in the domestic market, clearly is the star performer in this lot.

Mahindra & Mahindra, which sold 25,352 passenger vehicles in March 2017, down six percent on-year (March 2016: 26,885), sold a total of 2,36,130 units in 2016-17, to record zero or flat growth (2015-16: 2,36,307). Rajan Wadhera, president, automotive sector, M&M, said, “However, the auto industry continues to see mixed reactions due to several external challenges and the more recent one being the unexpected verdict on the sale of BS-III vehicles that has derailed many planned operations. Going forward, factors such as the likely softening of interest rates, revision in fuel prices, GST implementation and the Union Budget’s focus on rural are expected to bring back demand.”

Tata Motors, which is riding a new wave of demand for its passenger vehicles, sold 15,433 units in the domestic market in March 2017, a growth of 84 percent over March 2016. The company says this is due to the continued strong demand for the Tiago hatchback. It has also received an encouraging customer response for its recently launched Hexa SUV and the Tigor. Cumulative sales for the fiscal were 1,53,151 units, a growth of 22 percent (2015-16: 1,25,946).

Toyota registered an 81 percent year-on-year growth to 13,796 units (March 2016: 7,637 units). The company said that it has posted a 12 percent growth in sales in FY'17 on the back of overwhelming response to the Innova Crysta. In just less than a year, the Crysta has sold close to 75,000 units in India. The Camry Hybrid too has been seeing growing sales, reinforcing customer acceptance towards hybrid technology. In the April 2016-February 2017 period, the Camry Hybrid has sold 1,146 units.

Nissan Motor India sold a total of 5,309 vehicles in March 2017, an increase of 21 percent over March 2016. The company also announced total domestic sales of 57,315 units in FY'17, registering a growth of 45 percent over the previous financial year, and the highest-ever volume achieved by the company in India. According to company president Guillaume Sicard, the carmaker plans to launch eight new products in India by 2021 with an aim to achieve 5 percent market share. It currently has a market share of 1.9 percent within the country's passenger vehicles segment.