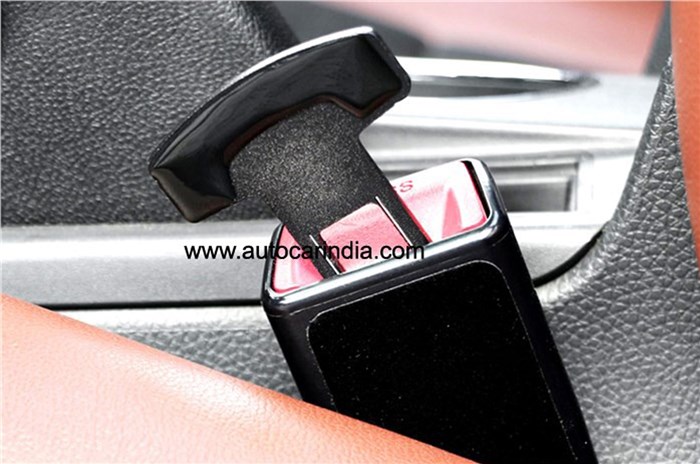 Online retailers like Amazon, Flipkart and Boodmo have taken products like seat belt alarm blockers off their shelf. These products were on sale as late as last evening.

The dummy seatbelt buckles, which are essentially clips, can be inserted in seat belt slots, helping bypass the alarm that reminds the passenger to buckle up when the car is being driven.

Union Transport Minister Nitin Gadkari had asked Amazon to stop the sale of such products citing safety issue, according to a report in Reuters. Gadkari said there will be more planned safety measures in Indian vehicles soon, including a rear seat belt reminder alarm.

The action comes days after the recent road accident involving former Tata Sons and Tata Motors chairman Cyrus Mistry who, according to reports, was not wearing a seat belt while seated at the rear.

In the same interview, Gadkari added that vehicle accidents killed about 1,50,000 people in India in 2021. The World Bank last year said that India accounts for 11 percent of all the road crash deaths in the world, and had one death on its roads every four minutes.
Earlier this week, Gadkari had said that the Ministry of Road Transport and Highways is looking at making a seat belt warning alarm system mandatory for rear seat passengers. A notification will also be issued soon detailing a penalty structure for rear seat occupants who are found not wearing seat belts, the minister had said.