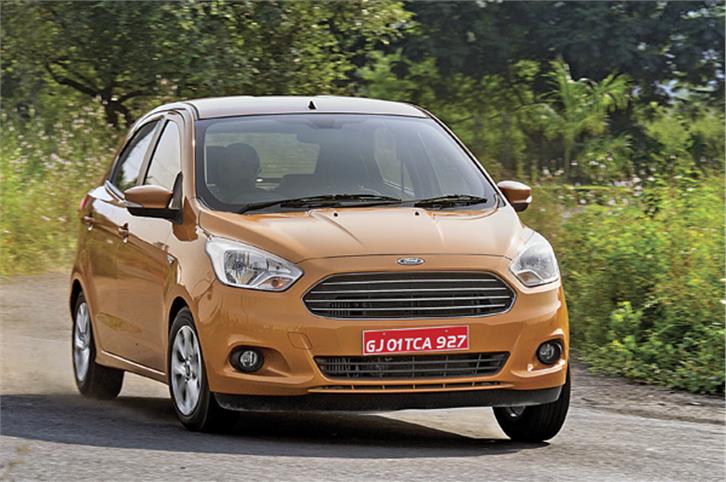 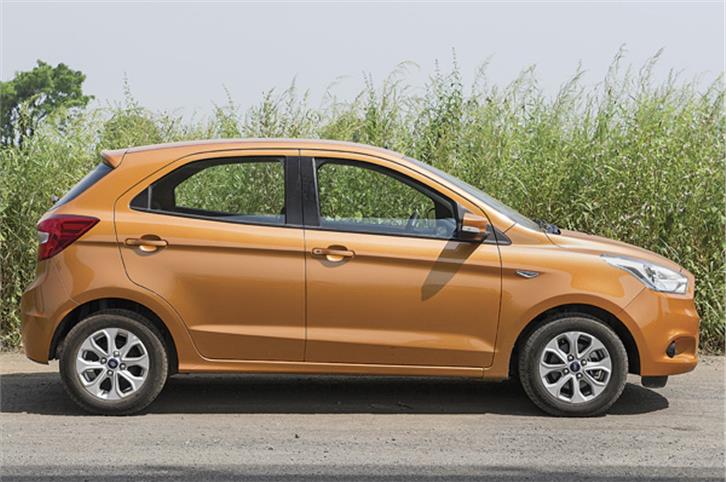 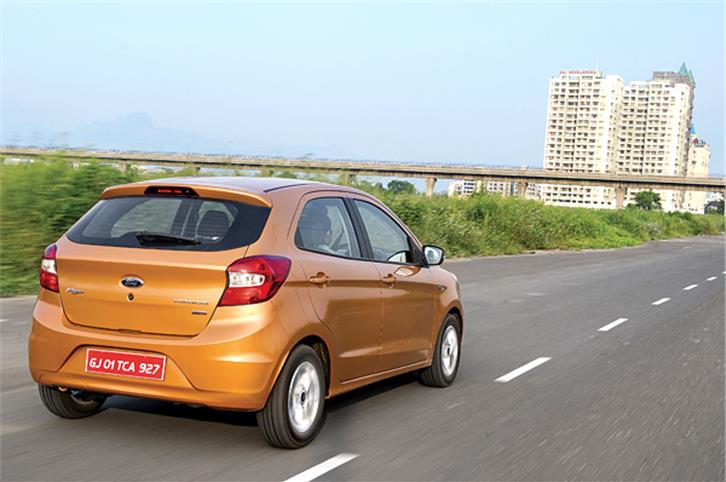 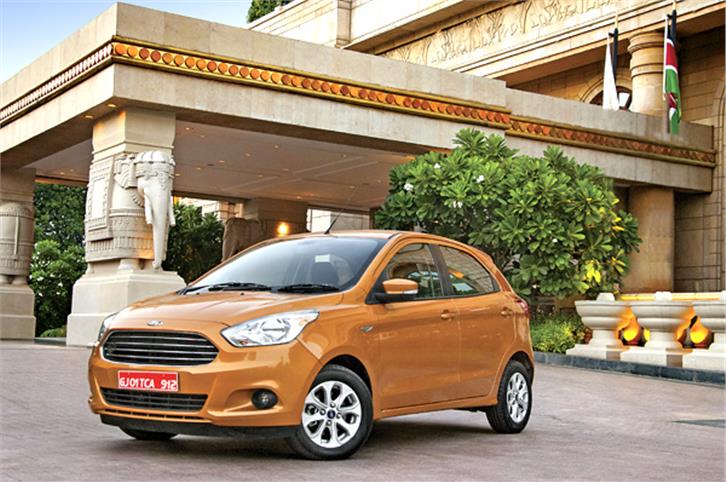 If you’ve seen the Figo Aspire compact sedan, you’ve pretty much seen the Figo hatchback as well. The two cars are identical right up till the B-pillar. That means you get the same Aston Martin-esque front grille, peeled-back headlamps and general crisp, clean looks. Though it must be said, the hatchback has the nicer form from the rear doors on. The roofline flows quite naturally into the tail and there’s a good proportion to the design. However, as on the Aspire, the small 14-inch wheels are somewhat of a spoiler here too. It’s possible Ford designers opted for a smaller size that would correspondingly require smaller wheel wells in the interests of better cabin packaging and a good turning circle diameter (which is a decent 9.8 metres). Still, styling at the rear is neat with smart wrap-around tail- lamps and good definition to the tail gate. On the whole, the Figo looks attractive without being over the top in any way.

Where the two Figos differ is under their skins. The last Figo was a bit of a hand-me-down because it was built on a generation-old Fiesta platform. This one, however, is built on Ford’s modern B2E platform which has plenty in common with the EcoSport and now discontinued Fiesta sedan. The suspension components, basic floorpan and chassis are similar, but Ford has done away with the use of high-strength Boron steel (to keep costs in check) in this application. As a result, the chassis isn’t as stiff as an EcoSport’s. You can also tell the Figo isn’t built as solid as the other Fords either. That reassuring thunk you get on door shut is missing here. However, this Ford is among the lighter hatchbacks out there. The top-spec diesel one weighs in at 1,041kg, while the petrol automatic is even lighter at 1,037kg.

Another area where the Figo makes an impression is safety equipment. Even the base version gets a driver’s airbag as standard, middle versions get two airbags, while the top-spec Titanium + gets as many as six! It would have been nicer still if anti-lock brakes were not offered solely on the top versions.

There’s nothing out of the ordinary when talking of the Figo’s suspension – MacPherson struts up front work in tandem with a torsion beam at the rear. The Figo’s electric steering, however, features what Ford calls ‘pull drift compensation’. The system basically mildly increases assistance when it detects steering corrections needed to counter crosswinds or poor surfaces.