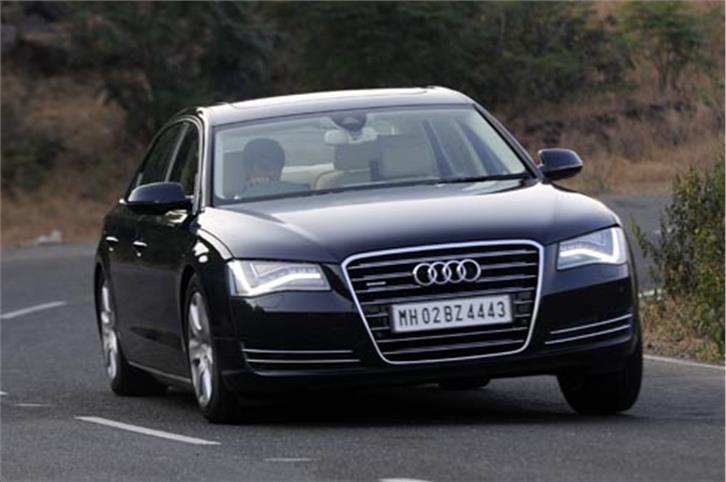 Crafted with larger and even more confident brush strokes, the new A8L is as sharp and as crisp as any Audi. The combination of the big chrome grille, LED headlamps and minimalist styling looks as good as anything Audi has done. Problem is, some find its looks too generic. The A8 looks too much like its cheaper siblings and that, initially, is a bit of a dampener. Still, gaze at this car for long and its individual character emerges.

The car’s profile is dominated by the strong shoulder line, long bonnet and slab-sided flanks, and this gives the A8 a regal air. Also adding considerable heft to the design is the block-like rear of the car. This is also a long car and it takes more than a few steps to walk its 5.2-metre length.

Under the skin, this car continues to be one of the few modern cars not to employ a monocoque construction. Audi has opted for space frame construction as this allows for the extensive use of weight-saving aluminium body panels, which, according to Audi, make the A8 around 90kg lighter than an equivalent steel monocoque car. The use of aluminium has not only kept weight in check but has increased the A8’s torsional rigidity by around 25 percent as well. What adds bulk however is the Quattro four-wheel-drive system, and this takes the weight of the car upto 1960kg.

The A8 is air sprung with aluminium suspension arms and variable dampers are employed on the car as well.  Sitting on large 18-inch wheels, the A8 gets massive ventilated discs all round along with ABS and ESP. Other safety systems on the Audi include eight airbags, seatbelts with pre-tensioners and neck restraints.

Like most Audis, the A8 too comes only with a space saver, which is not ideal given our driving conditions. But then that’s better than having
no spare at all.