With some of its volume models, set to undergo a full generation change, missing from the range and BS4 stocks cleared out, Mercedes-Benz sales dipped in Q1, but will almost certainly be higher by the end of 2020. 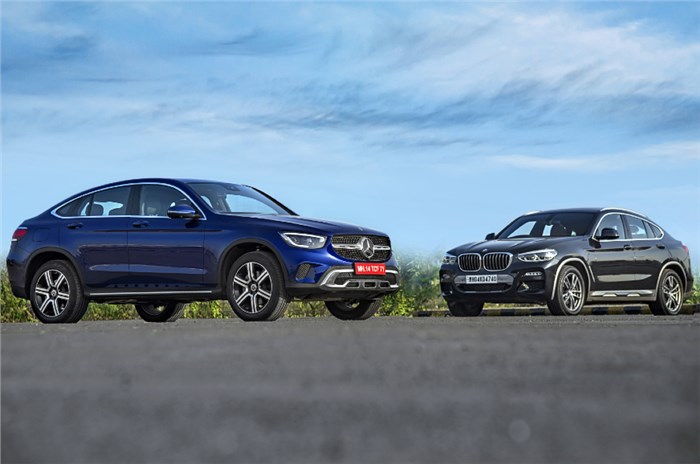 When Mercedes-Benz India shared its sales figures for the opening quarter of 2020, it was clear that the brand hadn’t sold as many cars as it would’ve been expected to; the brand was certainly impacted by the imposed nationwide lockdown towards the end of March. But there was a surprise the next day, when BMW India shared its own sales figures for the January-March period, and its overall figure – 2,365 vehicles sold – came agonisingly close to matching the 2,386 units Mercedes-Benz sold.

With just 21 units separating two of the leading luxury carmakers in the country on the sales charts, many would think the fight for the crown is on; but this battle isn’t as close as the figures for Q1 2020 would suggest.

Bearing in mind the fast-approaching BS6 deadline of April 1, Mercedes-Benz had cleared out all BS4 stocks well in advance. What this meant, though, was that a number of key models – including the CLA, GLA and GLS – were missing from its range in the first quarter of 2020. All three will be replaced by new models this year – the GLA and GLS receiving a full model change, and the CLA being replaced by the A-class sedan, which was showcased in AMG A 35 guise at Auto Expo 2020.

Speaking during the #LiveWithAutocar conversation on Instagram, Santosh Iyer, vice president, Sales and Marketing at Mercedes-Benz India, said, “By end of December, we had cleared out our BS4 stock entirely. Two of our volume models – CLA and GLA – were sold out; they weren’t on sale in Q1, as both will see a full model change later this year. The overall picture will only get clearer by the end of the year – I don’t want to say by Q2 or Q3, but I think by the end of 2020, once our product line-up is in place, we’re sure the gap will start widening once again.”

Sources tell us the CLA, GLA and GLS together contribute over 1,000 units to Mercedes' India sales every quarter. The lack of these models (and the fact that there were no BS4 models left to register) meant the company’s Q1 sales figures were much lower than they should’ve been. Additionally, Mercedes-Benz only had two months to retail the brand-new GLE, which was launched at the end of January and already has a waiting period of three months.

BMW India, too, has several models lined up for launch, including the 8 Series Gran Coupe as well as the new X5 M. However, BMW Group India recently suffered setbacks with the unfortunate passing of two key executives – President and CEO Rudratej Singh and Director of Sales Mihir Dayal.

Mercedes-Benz – which will continue to feel the lack of key models in its range for at least another quarter – is likely to start lining up its new models for launch once the lockdown restrictions are lifted, and will almost certainly open up the gap on the sales charts towards the end of 2020.

Audi India – which is in the process of revamping its model line-up after a quiet couple of years – has not reported sales figures for Q1 2020. Sources, however, say the company’s sales were in triple digits. As it stands, Audi only has three models in its line-up – the A6, A8 L and Q8. Until Audi brings back its bestsellers (including the much-awaited new Q3), it will almost certainly be far behind its German compatriots on the sales front.