Ban was previously to be put in place from 2040; some hybrids to be exempted till 2035. 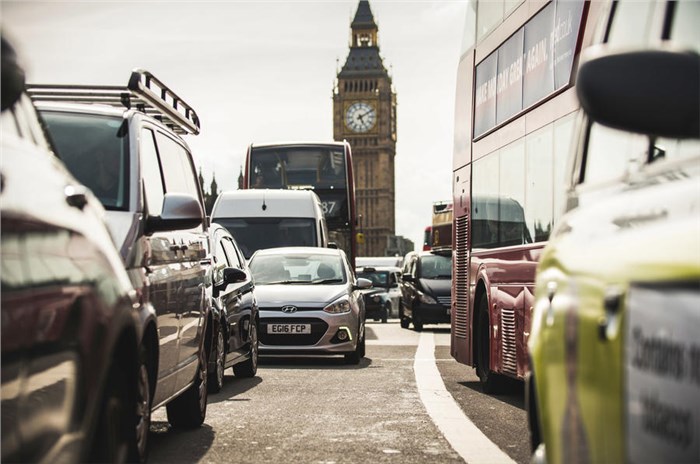 Prime Minister Boris Johnson has confirmed that the UK government is bringing forward its ban on the sale of new petrol and diesel-engined cars and vans from 2040 to 2030, although some hybrids will be allowed until 2035.

The widely anticipated move to electric cars was confirmed in a column Johnson wrote for the Financial Times. The ban is part of a 10-point plan that he has set out to make the UK carbon-neutral by 2050.

Focus on switching to electric mobility

Johnson wrote that the government will "invest more than £2.8 billion (Rs 27,533.17 crore approx.) in electric vehicles, lacing the land with charging points and creating long-lasting batteries in UK gigafactories. This will allow us to end the sale of new petrol and diesel cars and vans in 2030."

This will include a £1.3bn (Rs 12,781.22 crore approx.) investment to accelerate the roll-out of EV charging points across the country.  The government has also pledged £582 million (Rs 5,721.22 crore) in grants to buyers of zero- or ultra-low-emissions vehicles along with investing £500m (Rs 4,915.03 crore) in the next four years to aid the development of mass-sale EV battery production in the UK.

While 2030 is a full decade ahead of the initial date by which the government planned to ban sales of new combustion-engined vehicles, certain hybrid cars and vans "that can drive a significant distance when no carbon is coming out of the tailpipe", will be allowed to be sold until 2035. The "significant distance" is yet to be defined, although it is likely that the regulations will allow plug-in hybrid vehicles, but not regular hybrids. Hydrogen vehicles will be allowed to be sold as they are zero-emission vehicles.

A number of European countries have announced dates for ending the sale of fossil-fuel powered cars, but the UK's is among the most ambitious. Norway has set a target of 2025, although around 50 percent of cars sold in the country are electric already, thanks to heavy incentives. Germany is also looking at a 2030 ban, while France has set a target of 2040.

Bentley chairman, Adrian Hallmark said: “Bentley welcomes clarity on the future law for the UK car market, and will be ready for the end of sale of new petrol and diesel cars from 2030 and plug-in hybrid electric vehicles from 2035. We are the first UK based car manufacturer to already announce both the ambition of end-to-end carbon-neutrality and the intention to only manufacture fully electric vehicles by 2030.”

Hallmark also said that the company welcomed the recognition given to plug-in hybrid vehicles, the government’s “ambitious yet necessary targets and timelines”, and the shift of focus to creating and implementing a cross-industry plan to “bring infrastructure and customers along on this important journey.”

Vauxhall boss, Steve Norman told the BBC that the 2030 dates was "a little bit tighter than we were expecting" but added that "plans are in place to meet that goal – and meet it we're going to have to".

Jaguar Land Rover said, "At Jaguar Land Rover, we have already embraced the direction of the government’s announcement, investing heavily in fully electric and plug-in hybrid vehicles for a zero-emissions future. Our award-winning [Jaguar] I-Pace was the first premium all-electric SUV launched to global critical acclaim.”

Industry's reaction to the 2030 ban

Mike Hawes, the chief executive of the SMMT, said, “We share government’s ambition for leadership in decarbonising road transport and are committed to the journey. Manufacturers have invested billions to deliver vehicles that are already helping thousands of drivers switch to zero, but this new deadline, fast-tracked by a decade, sets an immense challenge. We are pleased, therefore, to see government accept the importance of hybrid transition technologies – which drivers are already embracing as they deliver carbon savings now – and commit to additional spending on purchase incentives."

Hawes added that the success of the government target would depend on EV drivers being able to "recharge as easily as they refuel". He added, "For that, we look to others to step up and match our commitment. We will now work with government on the details of this plan, which must be delivered at pace to achieve a rapid transition that benefits all of society and safeguards UK automotive manufacturing and jobs.”

James McGeachie, the technical and programme director of the LowCVP - a public-private partnership to accelerate a sustainable shift to cleaner vehicles - industry and government group, said, “This is a key moment in terms of the transition to net-zero in road transport. The extended phase-out for some hybrid vehicles gives the industry a bit longer to adapt and vehicle users the opportunity to drive electric miles where public charging infrastructure needs further development.”

“It’s vital that all cars with engines and plugs attached, substitute as many petrol or diesel journeys for zero-emission miles as possible, and helping users understand how to do this will be critical. LowCVP is working on plans to help make sure this happens."

Sue Robinson, the head of the NFDA, said, “Franchised retailers play a crucial role in the transition to EVs, and they have been making huge efforts to encourage the uptake of zero-emission vehicles, engaging with consumers and informing them about the benefits of owning an EV.”

“The new deadline is challenging and, despite the continued improvement to the charging infrastructure, there remain a number of practical barriers to the uptake of EVs."

Robinson added that current government incentives have "been effective in stimulating consumer demand", adding, "Strong incentives are key to ensuring the UK remains a strong consumer market for electric cars as the market begins to mature. We have to avoid a situation where the least well-off car drivers are deterred from buying a new car when the time comes to replace their old one.”

Brian Madderson, the chairman of the PRA, said that, while the organisation supported the goal of reducing carbon emissions, “The plan to ban sales of internal-combustion-engine vehicles by 2030 will force the UK to become dependent on Chinese battery technology.”

"Our members strongly feel that government has not done enough to develop low-carbon liquid fuels and hydrogen as an alternative to EVs, particularly when the German authorities are investing €7bn (Rs 61.618.9 crore) into speeding up the market roll-out of hydrogen technology."