Equipped with a petrol-hybrid powertrain, the six-seat Toyota Vellfire’s price in India is likely to be around Rs 80 lakh; will rival the Mercedes-Benz V-class. 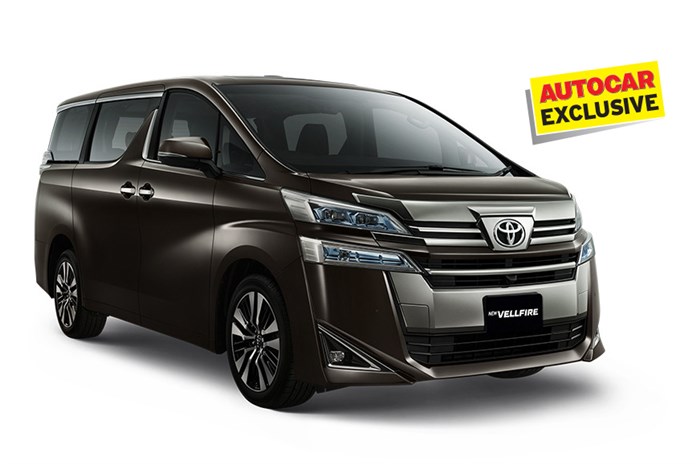 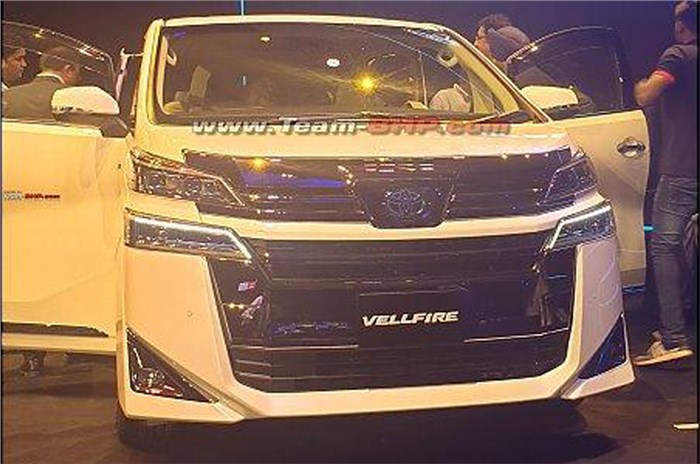 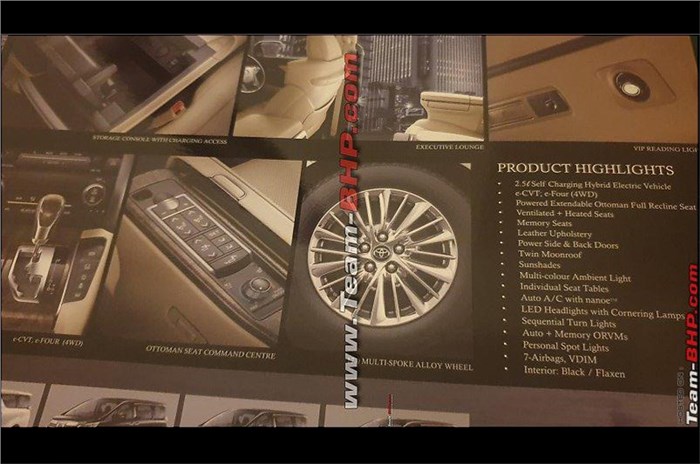 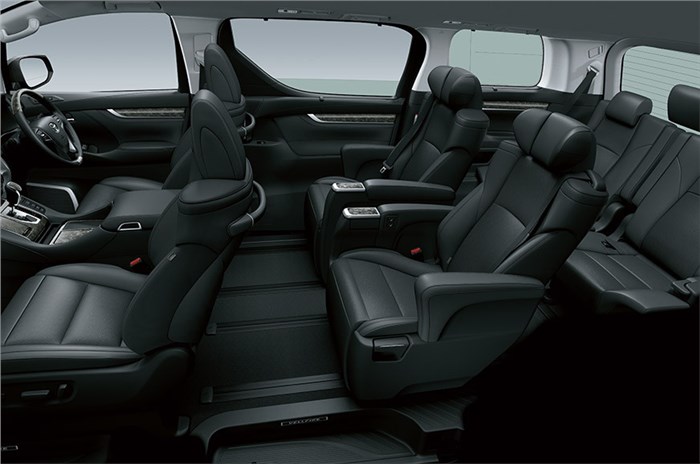 Following the government’s decision to relax homologation rules for imported vehicles, Mercedes-Benz was the first to bring in a niche, high-end people-mover, launching the V-class at the start of 2019. Now, it’s Toyota’s turn to launch a luxury MPV. We can now confirm that the six-seat Toyota Vellfire’s India launch is set to take place in October 2019.

New pictures that have surfaced online reveal the Vellfire has been showcased in India at a private event. Toyota will bring in the high-end MPV to India in completely built-up (CBU) form under the relaxed homologation rule, which allows carmakers to import up to 2,500 vehicles every year without needing to homologate them in India. In the past, exemptions existed only for vehicles with a freight-on-board value of above USD 40,000 (approximately Rs 27 lakh) and for certain engine capacities, which meant bringing in niche models wasn’t feasible; that has now changed with the relaxation of the rules.

For the uninitiated, the Vellfire is nothing but a Toyota Alphard with a restyled front end and a few other detail changes. Though it was the Alphard that was showcased at the 2018 Auto Expo, it’s the sportier-looking Vellfire that has been chosen for the Indian market. 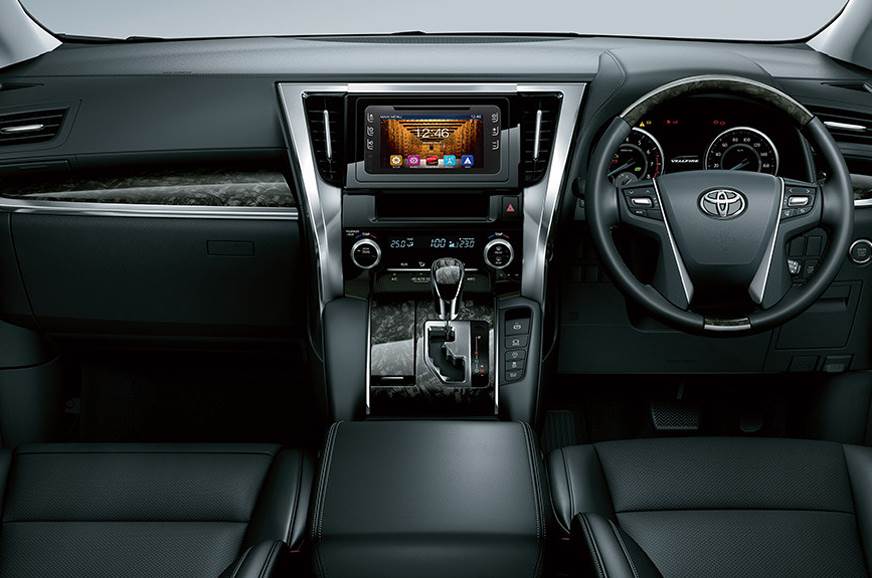 What’s different on the Vellfire are the split all-LED headlights and DRLs, a redesigned front bumper and grille, triangular housings for the fog lamps, and an all-black interior colour scheme. The rest of the Vellfire is identical to the Alphard, and barring a 10mm difference in length, they’re both the same size, too.

A leaked shot of the Toyota Vellfire’s brochure confirms it will come with a petrol-hybrid powertrain, which pairs a 150hp, 2.5-litre engine and a 143hp electric motor (combined output is rated at 197hp), and sends power to all four wheels via a CVT.

The brochure also confirms some of the features that’ll be part of the Vellfire’s equipment list. Specified with the ‘Executive Lounge’ package, the Toyota Vellfire will get two large thrones for the middle row passengers that not only get their very own ottomans, but are also powered, ventilated and can be reclined; this package also gets powered sliding doors and tailgate, two sunroofs, three-zone automatic climate control, mood lighting, individual tray tables, seven airbags and an option of a black or beige interior. 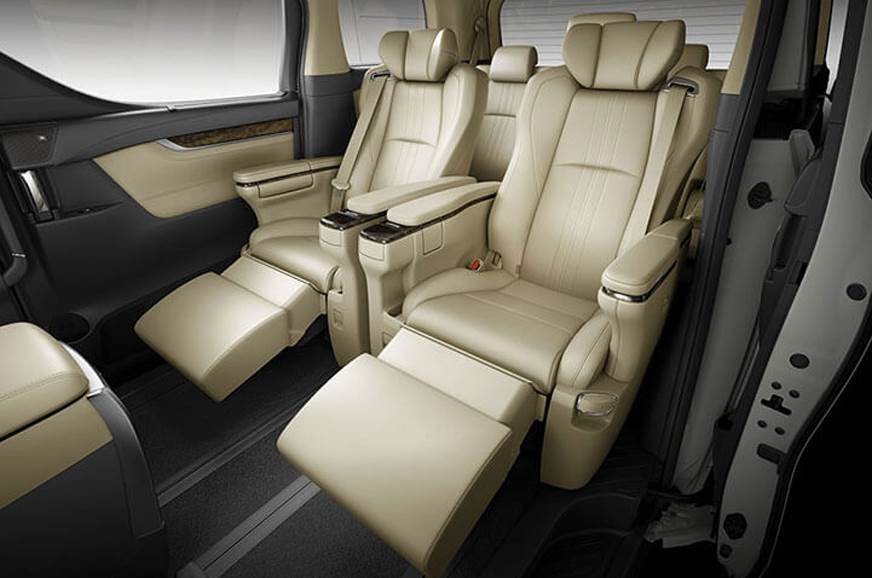 Also available with the Vellfire in international markets is a 7.0-inch touchscreen infotainment system, an entertainment package with a 10.2-inch screen for rear-seat passengers and a 360-degree surround-view camera, but it remains to be seen if Toyota will offer these features on the India-spec model.

As Toyota also intends to leverage the 2,500-car homologation rule for other high-end models in its range, it will only bring around 200 units of the Vellfire to India initially. With all the luxury that it has to offer (and the fact that it’s a CBU), expect the Toyota Vellfire’s price in India to be close to the Rs 80 lakh mark, a price point at which it will rival the notably larger Mercedes-Benz V-class.