The Japanese brand has tied up with government testing agency iCAT for this pilot project. 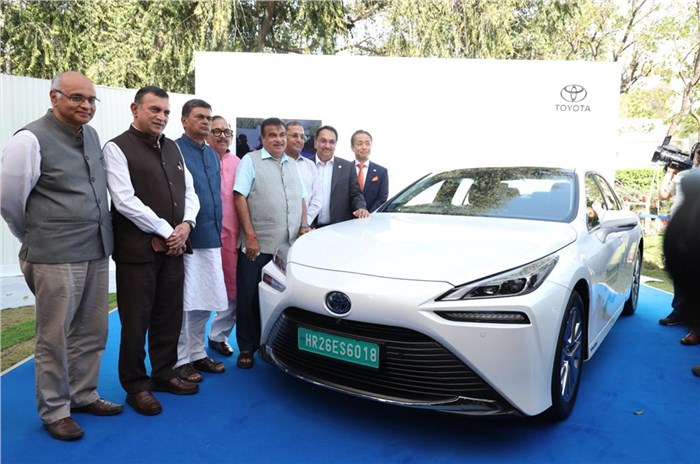 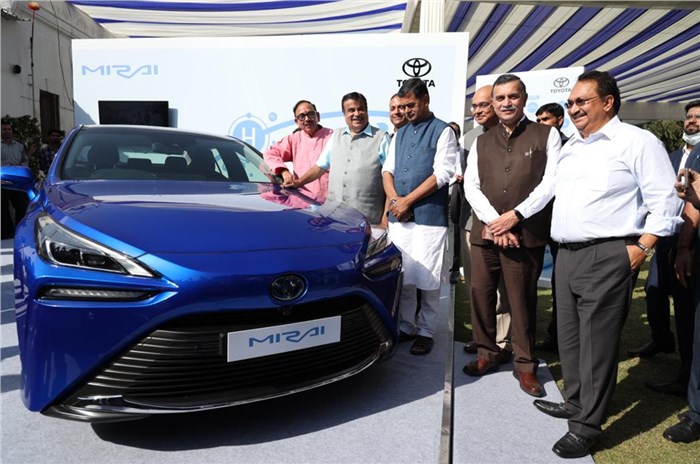 The Japanese carmaker has entered an MoU with the government automotive testing agency iCAT, which is based in Manesar, Haryana, to evaluate a business case for Fuel Cell Electric Vehicles in the country. For this pilot study, Toyota is making use of the second-generation Mirai FCEV.

According to officials, it is a first-of-its-kind project in India that aims to create a green hydrogen-based ecosystem in the country by creating awareness about the unique utility of green hydrogen and FCEV technology.

In a series of tweets, Gadkari said that this is an important initiative that will promote clean energy and environmental protection by reducing dependence on fossil fuels and thereby make the country 'Energy Self-reliant' by 2047. FCEVs powered by hydrogen are among one of the best zero-emission solutions, the minister tweeted. "It is completely environment friendly with no tailpipe emissions other than water."

Gadkari added that green hydrogen can be generated from renewable energy and is abundantly available in biomass. Introduction and adoption of technology to tap into green hydrogen’s potential will play a key role in securing a clean and affordable energy future for India.

Toyota introduced the second-generation Mirai hydrogen FCEV in international markets in 2020, with dramatic new styling including a revamped front with a bold grille, and a sweeping, coupé-like rear. Toyota also improved the packaging of the components, redesigned the fuel-cell system and made it more aero-efficient than its predecessor. The second-gen Mirai produces 174hp and is said to have a driving range of around 640km.

We’ve driven the Toyota Mirai in India, albeit the first-gen model. You can read the review here.