Showcased in South Africa, the GR Starlet is based on the previous-gen Glanza and comes with AWD and a 2.0 turbocharged petrol engine. 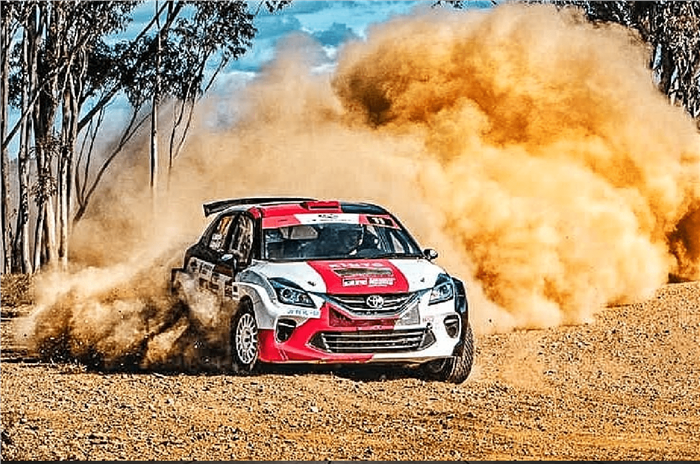 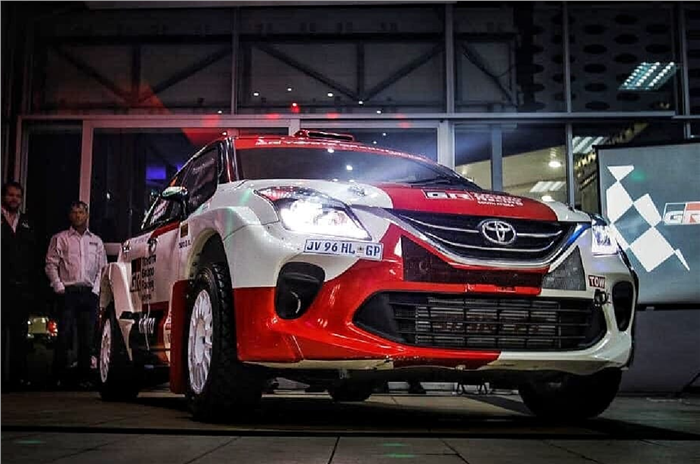 Toyota has unveiled the Gazoo Racing (GR) Starlet rally car in South Africa, and apart from the usual rally-spec upgrades, it gets all-wheel drive (AWD) and a 2.0-litre turbo-petrol engine. The car took part in the Cape Overberg Rally on May 20 and May 21 around the area surrounding the town of Bredasdorp and was driven by former South African National Rally Champions – Guy Bottrill and Simon Vacy-Lyle.

The GR Starlet is essentially the rally-spec version of the previous-generation Toyota Glanza. Toyota sells the Maruti Baleno-based, India-made Glanza in the South African market as the ‘Starlet’. The rally car, based on the previous-gen Starlet, is built entirely in South Africa and meets the safety standards specified by FIA. The GR Starlet gets wide-body kit and white painted rally-spec wheels as changes to the exteriors. The interiors are completely stripped from the road-going Starlet and feature rally equipment such as a roll-cage, spare wheel, and fire extinguisher. The driver's seat is placed on the left-hand side, as opposed to the right-hand drive convention in South Africa.

Its 2.0-litre turbocharged petrol engine, known as the 3S-GTE, was once a popular unit in Toyota's global line-up that powered iconic models like the Celica. In its stock form, the engine makes between 184hp and 259hp. In the GR Starlet, the power is sent to all four wheels via a sequential gearbox. A Motec engine control unit manages all the electronics, and the car also features Reiger dampers and Alcon brakes.

The road-going, current-gen Starlet in South Africa is in its second generation and, for reference, comes with a 1.5-litre petrol engine paired to either a 5-speed manual or a 4-speed automatic transmission.

The Toyota Glanza hatchback is now in its second generation, with the first-gen car introduced back in 2019. The model is built by Maruti and supplied to Toyota for domestic and export markets.

Toyota runs its motorsport campaigns in Dakar Rally, World Rally Championship and World Endurance Championship under the Gazoo Racing name. Overseas, the carmaker sells more powerful versions of its standard road cars under the GR badge. We can say that GR is to Toyota what M is to BMW and AMG is to Mercedes-Benz.

In 2020, Toyota was considering bringing the GR performance brand to the Indian market. However, it remains to be seen if and when Toyota will get the GR-tuned cars to India. Toyota recently launched the Fortuner GR-S as the new range-topping Fortuner model in India, at a starting price of Rs 48.43 lakh (ex-showroom, Delhi). The changes to the GR-S are only limited to cosmetic updates and a retuned suspension.

Why don't they introduce their performance wing in India? TOYOTA should think....

Why don't they introduce their performance wing in India? TOYOTA should think....