Tesla will reveal the Blade Runner-inspired all-electric pick-up truck at an event in Los Angeles. 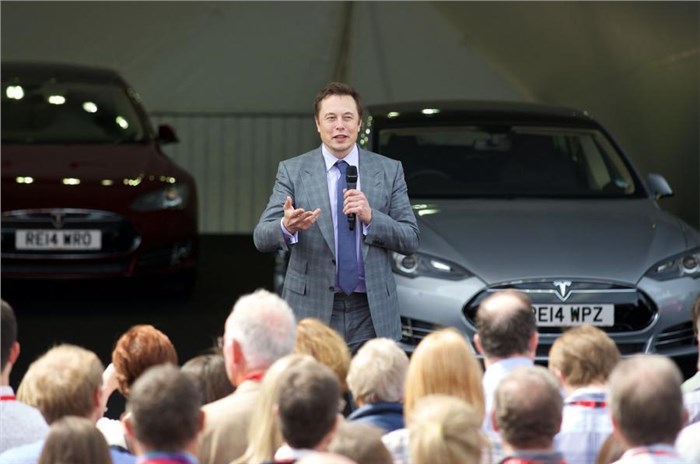 He has linked the November 21, 2019 date to the exact setting of the original Blade Runner – a 1982 science-fiction/noir cult classic film that Musk says inspired the Cybertruck. The date also coincides with the Los Angeles motor show; which is likely intentional too.

Little is known about the pick-up beyond what Musk has alluded to in interviews and on Twitter. He's claimed before that it will be similar in size to the class-leading Ford F-150, cost less than USD 50,000 (approx. Rs 35.44 lakh) and be more capable than any of its rivals.

Design-wise, everything seen so far has been purely speculative. Last month, Musk tweeted, "[The Cybertruck] doesn't look like anything I've seen bouncing around the internet. It's closer to an armoured personnel carrier from the future."

Pick-ups are still the biggest-selling vehicles in North America, so the move makes financial sense. Ford sold more than 9,000,000 F-Series trucks in 2018, making it the bestselling vehicle in the US. Ford plans to launch an electric version of the F-150 before 2022.

Tesla's expansion plans beyond the pick-up also include the Model Y crossover – which will be delivered to customers internationally, in the coming months. The new Tesla Roadster and the electric Semi lorry are also currently in development.