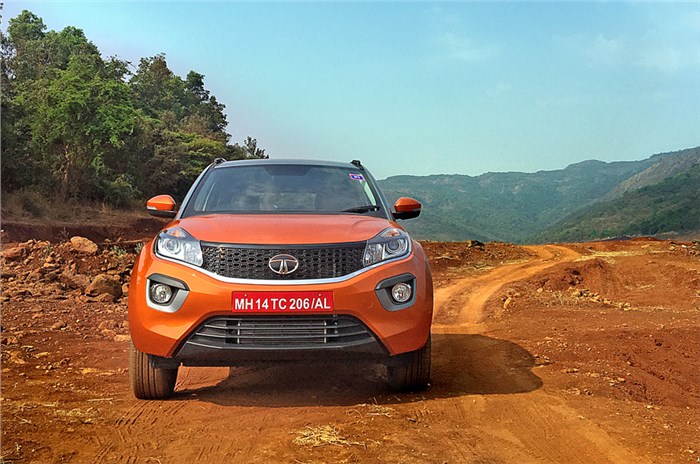 Contributes 53 percent to carmaker’s utility vehicle sales in FY2018; XZ+ and XT trims most in demand.

The Nexon has become a game-changer for Tata Motors and now accounts for around 53 percent of the carmaker’s UV sales in India. In just seven months of its launch, the compact SUV has sold a total of 27,747 units, comprising for 53.47 percent of Tata Motors' total UV sales of 51,891 units. Last month, the Nexon sold a total of 4,605 units,and averaging sales of nearly 4,000 units a month.

The company claims to have bagged over 25,000 bookings for the Nexon, which has pushed the waiting period up to seven weeks, in some locations, depending on the variant.

The variants which have contributed majorly to the sales numbers are the top XZ+ and XT trims, with the dual-tone paint shade option on the XZ+ being the most popular. The XZ+ (dual-tone) diesel variant, priced at Rs 9.62 lakh (ex-showroom, Delhi), undercuts the top variants of the Maruti Vitara Brezza by Rs 11,000 andthe Ford EcoSport by a whopping Rs 1.27 lakh.

Tata’s compact SUV is targeted at millennials and, according to dealer sources, over 65 percent of its customer base is less than 35-years old. Going by the feedback from dealers, it’s the Nexon’s contoured silhouette complemented by its funky, yet butch face that’s attracting buyers. Moreover, features like the Harman-sourced infotainment system and multi-drive modes only better the deal.

Now, in an attempt to further widen the Nexon compact SUV’s appeal, Tata Motors is gearing up to launch the automated manual transmission- (AMT) equipped variant in early May 2018.