Based on the ALFA platform, the Tata Altroz premium hatchback is said to have class-leading luggage space; packaged to accept hybrid and full-electric powertrains. 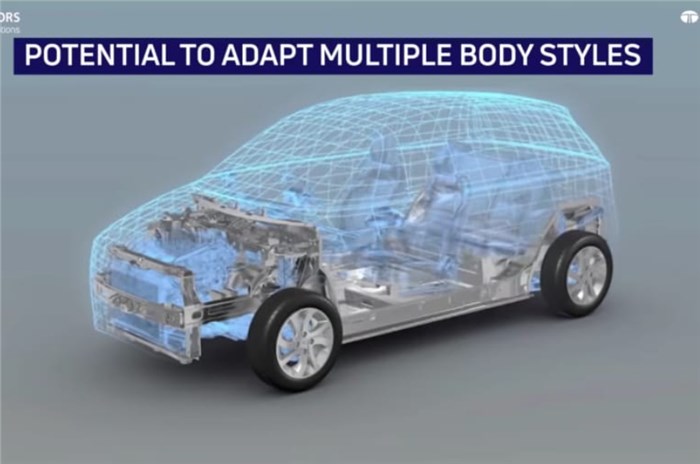 You’ve probably been tracking the journey of the Tata Altroz. By now, you know it’s set to be unveiled in full at the 2019 Geneva motor show on March 5, and you probably also know that its name is derived from the albatross sea bird. Now, Tata Motors has released a new video that highlights some key details of the ALFA platform the Altroz is based on.

ALFA stands for Agile, Light, Flexible and Advanced, and this will be one of two platforms all future Tata Motors products will be based on – the other being the OMEGA platform, which forms the basis for the Harrier and the upcoming H7X 7-seater.

The Tata Altroz will be the first model to use the ALFA platform, and Tata has pointed out that it is a fully scalable architecture. Interestingly, the video shows the body style possibilities with the ALFA small car platform, including a small hatchback, a bigger premium hatchback, a sedan, an MPV and even an SUV – which is likely the Creta-sized ‘Blackbird’ Tata is currently developing. The Hornbill micro-SUV and 45X EV are two other ALFA-based products Tata will unveil at the 2019 Geneva motor show.

The video then goes on to confirm the ALFA platform – and the Altroz – have been packaged to accommodate hybrid or full-electric powertrains, which indirectly confirms all future ALFA-based products could possibly spawn hybrid and EV variants.

Also highlighted is the fact that the Tata Altroz will have “class-leading luggage space” – or the biggest boot in the premium hatchback segment, to put it simply. Tata says the ALFA platform provides for a flat floor, which will help free up legroom for passengers and space for in-cabin storage in the Altroz. The platform is also built to accept multiple powertrain options, but it’s unclear at this time if Tata will offer a diesel engine on the Altroz seeing as BS-VI-compliant diesels will be significantly more expensive than their petrol counterparts.

Styled under Tata's new Impact 2.0 design language, the Altroz is – much like the Harrier – expected to stay true to the design of the concept. In a handful of teasers, Tata Motors has shown off the Altroz's bold styling, and what we can also tell you is on the inside, the Altroz is likely to feature a largest-in-class touchscreen infotainment system, a part-digital instrument cluster and more.

When it launches in August 2019, the Tata Altroz will rival the Maruti Suzuki Baleno, Hyundai i20, Volkswagen Polo and Honda Jazz. Expect Tata to arm the Altroz with a price tag that undercuts all of its rivals.

Which body style do you think should Tata go for next with the ALFA platform? Let us know in the comments.