With this appointment, Sinan Ozkok will be responsible for all sales, marketing, R&D and manufacturing functions for Nissan and Datsun. 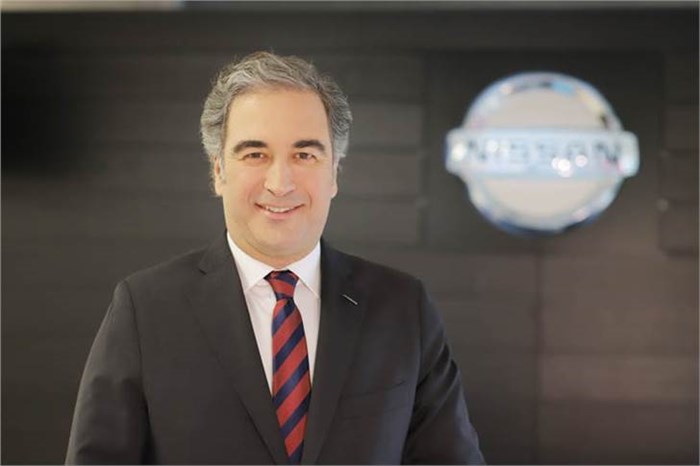 Nissan has announced the appointment of Sinan Ozkok as the president of its Indian operations. Sinan, who will be based at Nissan Motor India in Gurgaon, will be in charge of all the company's functions in India including sales and marketing, R&D and manufacturing, for both Nissan and Datsun brands.

Sinan joins Nissan India from Nissan Otomotiv A.Ş. (NOAS), the Japanese brand’s national sales company in Turkey, which he joined in 2015 as the managing director. According to Nissan, Sinan, 49, has overseen significant growth in Turkey for Nissan and brings with him 26 years of experience.

Sinan’s career started in 1993 in Renault, where he held senior positions across Marketing, Dealer Network Management, Retail Operation and Sales. He joined Nissan in 2015.

Commenting on the new appointment, Peyman Kargar, chairman of the Africa, Middle East and India region, Nissan said: “I am delighted that Sinan will be driving Nissan’s business forward in India. Not only does he bring a vast experience of working within the industry over many years, he also has a proven track record.”

Sinan said: “I am looking forward to working in one of the most dynamic and important auto markets in the world. Nissan and Datsun offer a broad and compelling line-up for customers and I will be working to develop the full potential of both brands in India.”

The new man at the helm of Nissan's operations in India has a tough task in front of him. Nissan Motor India closed FY2019 with sales of 36,525 units (-30.82 percent) and exported 57,647 units (-15.0 percent). The company, as of end-April 2019, showed a passenger vehicle market share of just 0.82 percent. This means production capacity is grossly underutilised, considering the Renault Nissan Automotive India plant at Oragadam, Chennai has a manufacturing capacity of 480,000 units per annum.