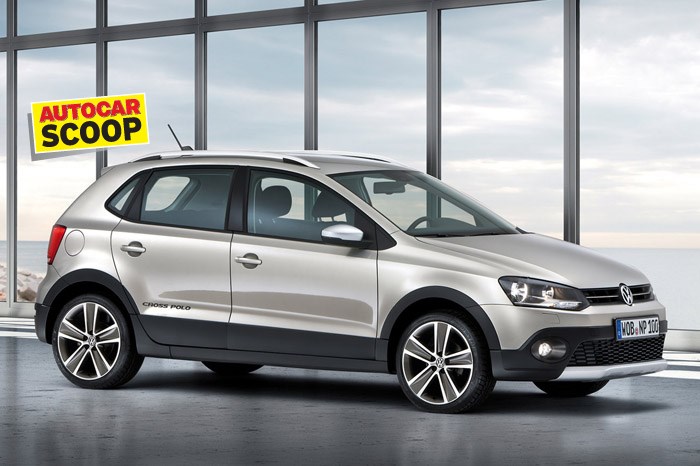 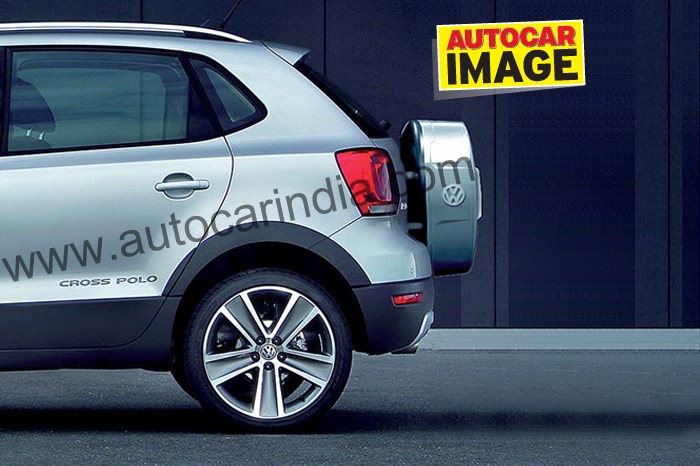 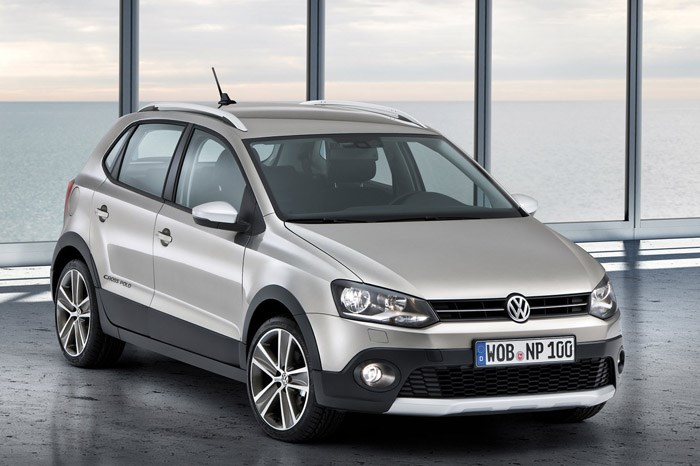 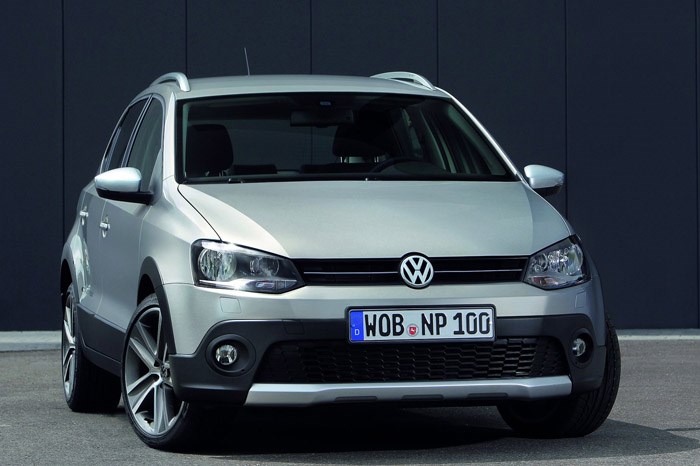 Volkswagen has put its plans to produce the Up in India on hold. And thus, for the next two years, the carmaker plans to appeal to the market here and shore up demand by introducing variants of its existing Polo and Vento. And first up in VW’s scheme is the CrossPolo – the hatchback off-roader.

The CrossPolo, with its rugged off-road kit, trumps any regular hatch in terms of looks. Knowing the Indian customer’s fondness for off-roader appearances, this design should spell success for the manufacturer. The all-terrain looks appear tough enough to tackle Himalayan mountain roads and the ride height has been increased by around 15mm as well. A thick, matte plastic band extends across the chin, the flanks and around the rear. The wheel arches get the same treatment and there’s a scuff plate with a dull silver finish. The CrossPolo also gets silver anodised roof rails where up to 75kg of luggage can be mounted and secured. A silver diffuser at the rear and big 17-inch wheels complete the off-roader look.

There could even be a tailgate-mounted spare wheel on the Indian CrossPolo, lending it even more SUV flair. And since the spare wheel isn’t counted as part of the car’s length, the car will still enjoy the sub-four-metre excise duty benefits. The empty spare wheel well under the boot floor could be used to house a toroidal CNG cylinder. Yes, a CNG option is also likely.

The CrossPolo is likely to be the first recipient of VW’s made-for-India 1.5-litre four-cylinder diesel engine. If VW prices the CrossPolo cleverly and packs it with enough kit, it could crack open an interesting niche.