The Rolls-Royce Phantom gets subtle styling tweaks and a longer equipment list. 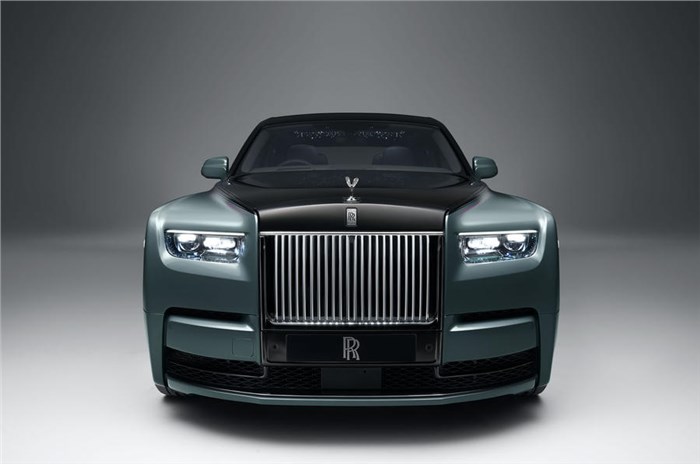 Rolls-Royce has updated the Phantom sedan with many subtle tweaks that are aimed at keeping it competitive against rivals from Mercedes-Maybach and Bentley.

New Rolls Royce Phantom: what all has changed?

The main tweaks include a slightly reworked front grille, which features a more prominent badge, a darkened finish and is now illuminated, like on the smaller Rolls-Royce Ghost. A new, polished horizontal line between the daytime-running lights has also been added and gives the car a “new and assertive modernity, reflecting its driver-focused character”, according to Rolls-Royce.

The Phantom’s lights also get an upgrade, with laser-cut, star-shaped motifs added for extra night-time presence. There’s a new set of stainless steel wheels too, with triangular details, but the 1920s-style disc wheels are also available.

Inside, a thicker steering wheel has been fitted but the rest of the cabin remains unaltered. However, owners can opt for a new silver-white interior colour scheme called Phantom Platino, which brings a bamboo-derived fabric for the rear seats, while leather is used for the front seats.

No other modifications have been made, so the Rolls-Royce Phantom continues with the same 6.75-litre, twin-turbocharged V12 engine that it has used since its arrival in 2017.

The British luxury brand currently sells the Phantom, the Ghost and the Cullinan SUV in India. The Bentley Flying Spur and the Mercedes-Maybach S-Class are the closest rivals to the Rolls-Royce Phantom.