Renault Triber will be sold with a single engine-gearbox option initially; four variants will be on offer. 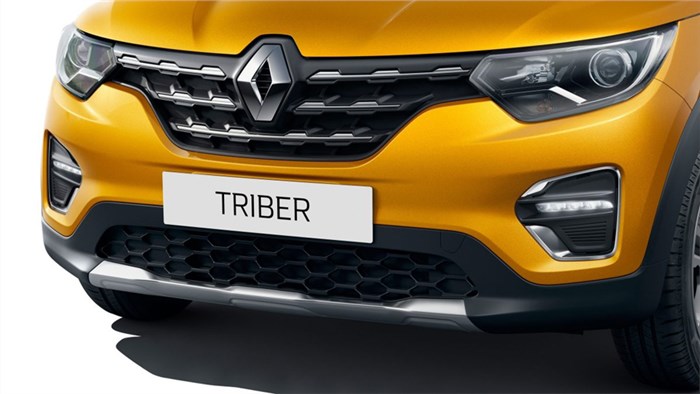 Renault India has officially begun accepting bookings of the upcoming Triber seven-seater at its dealerships as well as on its website. The Renault Triber saw its world premiere a few months ago and will be launched in India first on August 28, 2019.

The seven-seater is based on Renault-Nissan's modular CMF-A platform that also underpins the Renault Kwid and the Datsun Redigo. This platform will soon form the base of more models from Renault-Nissan's and Datsun's stables, not just in India but also internationally.

Renault will sell the Triber in four variants at the time of launch, namely the RxE, RxL, RxT and RxZ. While the base variant might miss out on some features, it will come with dual front airbags, ABS, rear parking sensors, a speed alert warning, seatbelt reminders and air-con vents for all three rows.

The Triber will be equipped with a 1.0-litre, three-cylinder petrol engine capable of putting out 72hp and 96Nm of torque. Power will be transmitted to the front wheels via a 5-speed manual or an AMT automatic gearbox. The model is expected to launch initially with just the 5-speed manual, with AMT gearbox expected to join a little later. Renault might also introduce a turbocharged version of the 1.0-litre engine at a later date.

While it will have no direct rivals at the time of launch, the Triber is expected to go up against the crop of premium hatchbacks in our market including the Maruti Suzuki Baleno, Toyota Glanza, Hyundai i20 and the Honda Jazz.