Aside from a fuel cell factory, Reliance industries to open giga factories for photovoltaic modules, batteries and green hydrogen production 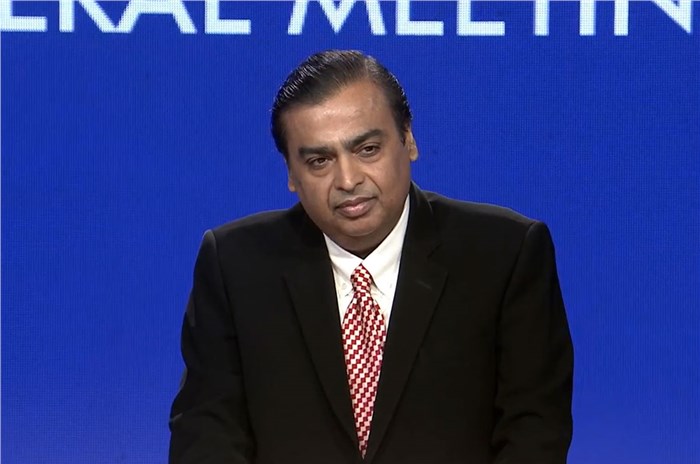 At the Reliance Industries’ 44th annual general meeting, company MD, Mukesh Ambani, unveiled a mega vision for its new energy business. Reliance plans to invest over Rs 60,000 crore over the next three years to offer a fully integrated, end-to-end renewables energy ecosystem, including a factory to manufacture fuel cell technology.

The company plans to build four giga factories to manufacture and fully integrate all the critical components of the New Energy ecosystem.

“We have started work on developing the Dhirubhai Ambani Green Energy Giga Complex on 5,000 acres in Jamnagar. It will be amongst the largest such integrated renewable energy manufacturing facilities in the world,” Ambani said.

Speaking on the fuel cell giga factory, Ambani said, “A fuel cell uses oxygen from the air and hydrogen, to generate electricity. The only emission of this process is non-polluting water vapour. In the new era, fuel cells will progressively replace internal combustion engines. Fuel cell engines can power automobiles, trucks and buses. They can also be used in stationary applications for powering data centres, telecom towers, emergency generators and micro grids and industrial equipment.

Fuel cell technology is still in the nascent stage in India, with the country currently lacking adequate infrastructure to support the use of fuel cell electric vehicle. The country’s first indigenously developed FCEV underwent successful trials late last year, while Indian Oil recently said that it was looking to make hydrogen more commercially viable along with partnering auto manufacturers for FCEV projects.

The solar photovoltaic giga factory will start with raw silica and convert it to poly silicon. These will then be converted to ingots and wafers, which would be used to make high-efficiency solar cells and finally assembled into solar modules. Reliance is aiming to achieve costs that are lowest in the world. “I envision a future when our country will be transformed from a large importer of fossil energy to a large exporter of clean solar energy solutions,” said Ambani.

For the advanced energy storage giga factory, Reliance is exploring new and advanced electro-chemical technologies that can be used for such large-scale grid batteries to store the energy created. “We will collaborate with global leaders in battery technology to achieve the highest reliability for round-the-clock power availability through a combination of generation, storage, and grid connectivity.

Besides electricity, green hydrogen will be a unique energy vector that can enable deep decarbonisation of many sectors such as transportation, industry and power. One of the most common methods of generating green hydrogen is by electrolysis of pure water through electrolysers,” said Ambani.

The electrolyser giga factory will manufacture modular electrolysers for captive production of green hydrogen for domestic use as well as for global sale.