PUC centres across India have been reminded to upload PUC certificates to the Vahan 4.0 portal, which will let vehicle owners and traffic police access vehicle information in electronic form. 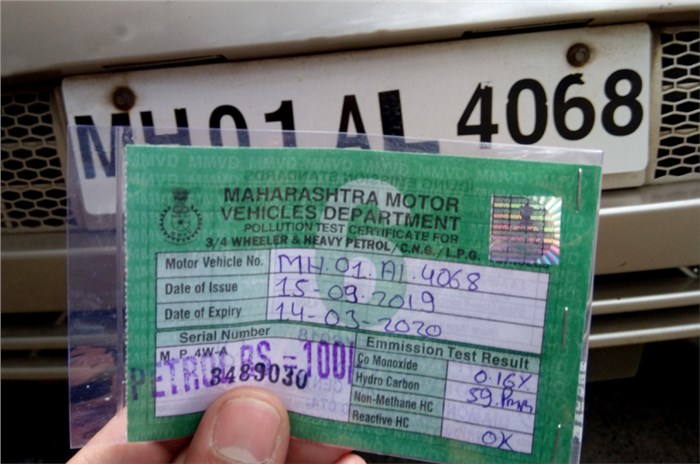 Reiterating the necessity for Pollution Under Control (PUC) centres to link vehicle emissions data with the Vahan 4.0 online database, the Ministry of Road Transport and Highways (MoRTH) has issued a letter to all states and union territories in India asking them to ensure all PUC centres start uploading vehicle PUC certificates to the online registry at the earliest.

MoRTH had previously notified all states and UTs of the date of implementation for the linking of data with the Vahan portal, and all PUC centres across India were to start uploading PUC certificates to the online database from April 1, 2019. However, the letter issued by the MoRTH notes that PUC centres in a number of states “have still not initiated the process.”

What this means is that, once implemented, vehicle owners in a number of states will be able to access their vehicle’s PUC certificate in electronic form via the m-Parivahan or e-challan apps. With the Motor Vehicles (Amendment) Bill 2019 coming into effect, a vehicle owner’s inability to present the PUC certificate could have serious consequences. Earlier, the penalty for driving a vehicle that violated air pollution standards was Rs 1,000 for the first offence and Rs 2,000 for the second offence. Now, under the revised fine structure, first-time violators face imprisonment for up to 3 months and/or a fine of Rs 10,000, along with disqualification of their driving licence for three months, and a second-time offence could attract a prison term of up to 6 months and/or a fine of Rs 10,000.

Leading the list of states to have issued the highest number of PUC certificates through Vahan, is Uttar Pradesh, followed by Tamil Nadu, Gujarat, Bihar, Chandigarh, Uttarakhand, Maharashtra and West Bengal.