The Motor Vehicles (Amendment) Act 2019 has come into force today. Here are some of the changes that will affect road users. 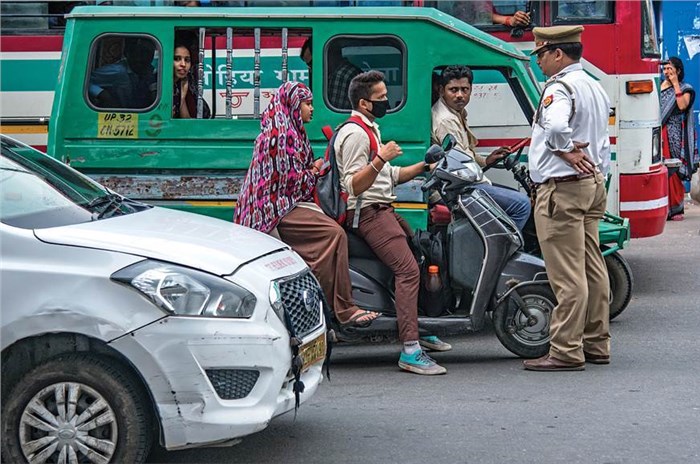 The Motor Vehicles (Amendment) Act 2019 has come into force today, and with its roll-out come higher penalties for traffic offenses. The higher fines are a much-needed measure to curb traffic offenses in India, which has some the world’s unsafest roads when it comes to driving. The government expects the higher fines to be a stronger deterrent for road users breaking the rules.

A list of some of the new fines are below:

In addition to the fines and penalties, the Motor Vehicles Amendment Act 2019 also covers other areas of road transport.

Making our roads safer and our vehicles less hazardous to the environment has been a recurring theme. Due to this, one of the major changes to the original Act is to allow the Central Government to issue directions to manufacturers to retrofit safety and emissions control equipment on motor vehicles, in accordance with such standards and specifications as directed by it. In addition, State and Regional Transport Authorities have been further empowered to issue directives and institute schemes to decrease overcrowding of roads with reference to parking spaces and halting stations and better road safety.

In order to make processes – such as getting a driver’s license, registration of vehicles and changes to be made to various documents – easier, various clauses and sections of the 1988 Act have been amended. One of the foremost changes is that applications for documentation – from a learner’s license and change of address on a license to vehicle registration and permits – can be made at any licensing authority in the State and can be done online. The amendment also adds further stipulations for the renewal of driver’s licenses – a license holder can apply for renewal one year before its expiry and up to one year after. After this duration, the applicant will have to pass a driving test again.

Companies like Reliance General Insurance are expecting to see a spike in insurance renewals and new car insurance, thanks to the Motor Vehicles (Amendment) Act 2019.