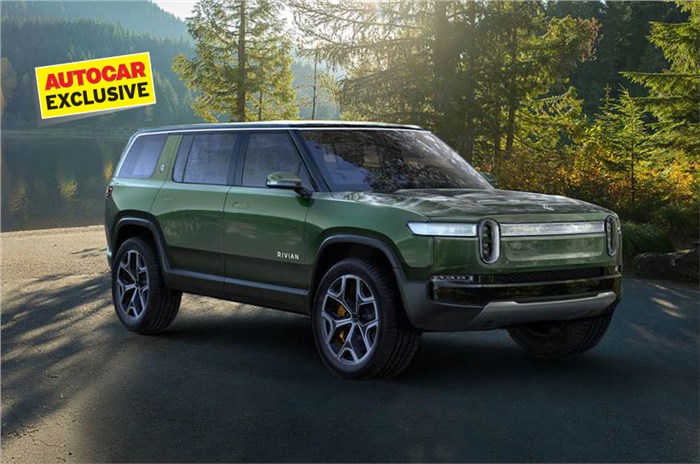 Automobili Pininfarina will follow its electric hypercar, the PF0, with three SUVs, of which the most powerful one (codename: PF1) will rival the Lamborghini Urus.

Even as the Mahindra-owned performance electric car company is busy conducting tours across Europe accepting orders for the strictly limited-run PF0; back at its Munich headquarters, development has already begun on the PF1 SUV expected to go on sale in 2021.

“Work has started on the PF1 and right now, we are in the process of finalising the design, which again is being done by Pininfarina,” said Pawan Goenka, MD, M&M.

Pininfarina had recently confirmed that it will use powertrain and battery technology supplied by electric hypercar maker Rimac in the PF0. Regarding the PF1, though, Goenka said that the company will announce the partner for the SUV soon.

However, Autocar India can confirm that Automobili Pininfarina will partner with Rivian, an electric vehicle maker and automotive technology company based in the US. Rivian Automotive will provide their own skateboard platform for the company’s all-electric SUV models that will follow the PF0. 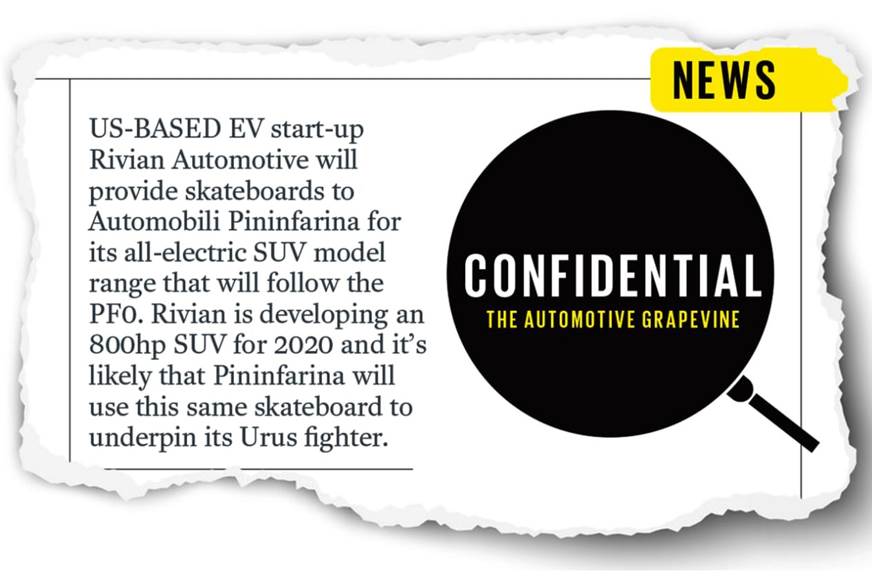 A report in the September 2018 issue of Autocar India had revealed Pininfarina's plans.

Rivian recently debuted its electric three-row SUV called R1S and an electric pickup called R1T at the 2018 LA Motor Show. Rivian officials at the show did not confirm the news about its partnership with Pininfarina but did state that the company had been in talks with Mahindra.

The Rivian R1S and R1T are designed to be capable on- and off-road and develop around 750hp from electric motors at each wheel. The company says the vehicles will be semi-autonomous and will be offered with three battery packs delivering differing driving ranges with the maximum being around 640km.

Pininfarina will use the SUV to underpin its Urus-fighter and is likely to have an identical wheelbase to the Rivian model which stands at 3,450mm.

Rivian’s skateboard platform is developed to offer electric vehicle technology that combines brisk pace and long range along with off-road capability. The skateboard combines features such as Dynamic Roll Control and air suspension with a battery with maximised energy density. Both Rivian models will be capable of a 0-60mph (0-96kph) time of around 3sec.

While it is not known if PF1 SUV will have the same off-road credentials as the Rivian SUV, the Pininfarina model is being developed to be blisteringly quick. It will be equipped with a 135kWh battery pack (larger than the PF0’s 120kWh) and will have an 800V system for fast charging. With 200kW at each wheel, the PF1 might weigh around 2,300-2,400kg and will make 800kW – equivalent to 1,089hp. For comparison, the 2,100kg Urus makes 650hp from a 4.0-litre, twin-turbo V8.

Moreover, the PF1 is likely to have considerable road presence riding on 24-inch wheels, the biggest in class. The PF1 is expected to look cutting-edge and, just like the PF0, will also have a smooth and uncluttered front-end with an LED strip running across the nose  At the Pebble Beach Concours d’Elegance earlier this year, Luca Borgogno, head of design at Automobili Pininfarina, had said that a full-width LED strip will be the design signature of future Pininfarina cars. The PF1 will carry an estimated price of USD 200,000-290,000 (around Rs 1.4-2 crore).