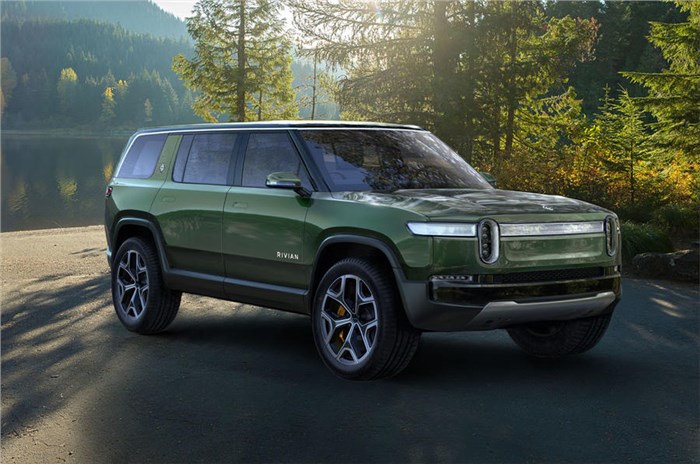 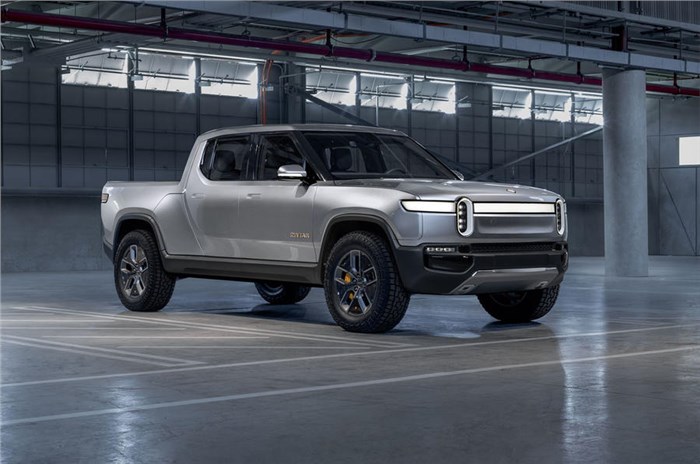 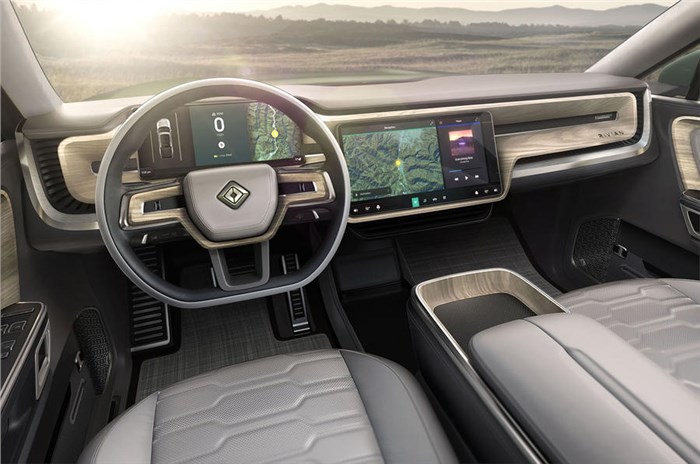 American electric car start-up Rivian has revealed its first two models – the R1T pick-up truck and the R1S SUV. Both models are due for a public debut at the 2018 LA motor show.

The R1T and R1S, the first and second in a series of models eventually planned, are built on a bespoke electric ‘skateboard’ chassis that’s modular and can be used on all different types and sizes of vehicles. The pair is closely related, the chief difference being a slightly shorter wheelbase in the R1S. The R1S is 5040mm long, making it Range Rover-sized, while the 5465mm-long R1T is marginally longer than the Mercedes-Benz X-Class.

In both cars the lithium-ion battery pack is mounted in the floor, and in the in the R1T is good for a 370-kilometre range in its standard 105kWh capacity, 480-kilometre range in a 135kWh capacity, or up to 643 kilometres with the 180kWh ‘mega pack’. In the R1S, the same battery packs are offered with figures of 386, 500 and 676 kilometres respectively.

The two models share their drivetrains, too. Four electric motors, one for each wheel, give the electric models four-wheel drive. Each motor produces 200hp (total combined figures through the gearbox are 764hp and 1,120Nm in the 135kWh version), which allows for prodigious performance. It’s claimed both vehicles can crack 0-96kph in just 3.0sec, and 0-160kph in less than 7.0sec in the 135kWh versions.

Double wishbone front and multi-link rear suspension features, alongside air springs and adaptive dampers. Rivian claims the electric drivetrain and chassis set-up allows for both impressive on-road performance and handling and precise off-road control that surpasses any existing mechanical solutions off the asphalt. Its flat floor is also reinforced with carbonfibre and Kevlar to protect the battery pack, while both models get five-star crash test safety ratings in the US.

A distinctive front-end exterior design appears on both cars, while the spacious interiors get premium but durable materials that are easy to clean, in keeping with the cars’ off-road lifestyle brief. Two screens feature inside, that run Rivian’s own software and graphics.

There are packs of novel hidden features and clever solutions in both models, including a 330-litre front storage under the nose, and in the truck a full width storage hole that runs between the rear doors and rear wheels that’s good for housing golf clubs.

Rivian, first formed in 2009, is looking to do things differently to other start-ups by having its entire business plan and funding in place before going public with its intentions, and even then keeping targets conservative. It’s hoping to have the kind of impact Tesla has made in shaking up the established automotive set and believes it has found a niche with the creation of go-anywhere electric vehicles.

The US-based company is backed by investors from the Middle East, and employs some 560 people worldwide. Its design and engineering centre is based in Plymouth, Michigan and other key sites include a battery development facility in Irvine, California. It has opened an advanced engineering centre in Chertsey, Surrey, too. Manufacturing will take place at an old Mitsubishi plant in Illinois, which Rivian purchased for $16 million (Rs 113 crore) last year. This has a capacity of up to 350,000 units per year.

Rivian’s initial ambitions are much lower than that, with plans to be selling some 50-60,000 of its premium electric off-roaders by 2025-26. It does however plan to offer its electric skateboard chassis to other companies, either car makers or indeed any brand looking to launch an electric car, so long as their products do not compete with Rivian’s own. The R1T will go into production in late 2020 with the R1S in early 2021. Right-hand drive production will follow around a year later.

Think the Rivian R1S looks more impressive than the Tesla Model X? Let us know in the comments.