Opinion: When does an auto badge need a revival?

There's talk of the Ambassador name making a comeback. But what decides a brand's successful return? 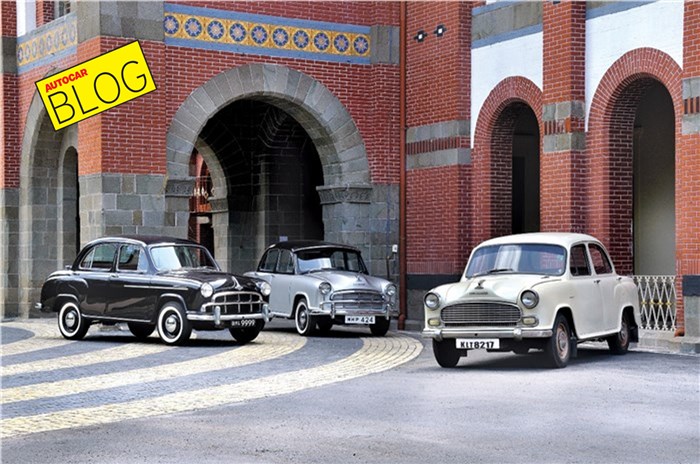 Should the Ambassador make a comeback?

There’s been a lot of talk recently about the Ambassador coming back. Interesting images have cropped up about what its new electric avatar could look like. Many in the press were a bit confused about the entire episode, thinking that Hindustan Motors still owns the brand. The company, incidentally, is talking about an electric two-wheeler. And it cannot be called “Ambassador” as Stellantis owns the brand now.

Whether HM or Stellantis, why would one want to revive the Ambassador brand in the first place? Do Indians miss it? Did it leave on a high? Is its DNA relevant for tomorrow’s India? The more fundamental issue is, what exactly allows for a successful rebirth or revival of an auto badge?

Riding to the GM office in Detroit in 2007, the cab driver told me, “If you are meeting senior guys there, ask them to bring back the Camaro.” Voila, in three years, the muscle car was back, in its fifth generation. I’m sure the cab driver was one of its first customers. BMW reviving the Mini is another example. A badge is revived if the market misses it really bad. It might have been discontinued for financial reasons, but its loyal following ensures it is brought back the moment the sun shines!

Take the case of the Citroën Ami. It was revived after 42 long years in a completely new context, as a brilliant electric quadricycle. The DNA remains of being a ‘friend’ of the modern mobility seeker, whether in 1972 or 2022. The Chetak being brought back by Bajaj as an electric scooter is a similar example. Badges can be revived if they left on a high note and are recast in the present day’s needs and desires.

My favourite example is Nissan with the Z-type. Starting with a bang in 1969, the badge lost its way in the 1990s being restricted to Japan only. In 2001, a certain Carlos Ghosn announced, “We will build the Z and we will make it profitable.” The 350Z, while being a tribute to Yutaka Katayama (Mr K), actually helped revive the entire Nissan brand across the world. This is when a product badge becomes a talisman for the automaker! There have been similar revivals like MG and Borgward, the former working very well, while the latter is yet to make a mark.

This is when an automaker brings back a brand to enhance an offer in a segment to outflank competition. Closer home, we have seen the Hyundai Santro being brought back for that purpose, along with the i10, though it’s now making way for a cross hatch to take on the Tata Punch.

These are the four strategic reasons why a brand or a badge is brought back and looking at these, I don’t think the Ambassador fits the bill. The Zen? Well, that’s opportunity squandered on the Estilo.

Opinion: Is the Kia EV6 priced too ambitiously?