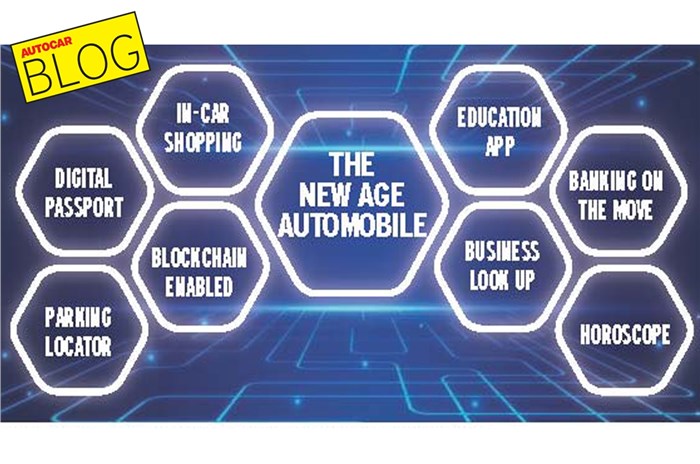 When I started working in 1991, I read a news item about Nobuhiko Kawamoto, the newly appointed CEO of Honda Motor, sitting at the driver’s seat of an Accord in the US and asking his product planners whether they were making cars or aircraft! Keep it simple, focused and emotional, he told them.

Honda then led a significant change in the entire automobile world, moving away from its obsession with gizmos and switches to the more sensory aspects of styling and dynamic performance.

It’s been 30 years since and we are once again caught in the same trap of bells and whistles. The product planner has sleepless nights trying to juggle amongst a laundry list of features to offer in a new product or even a facelift. Benefits like styling, sensory appeal and dynamic performance have taken a back seat. Since someone described the Tesla as a connected device that is also a car, every automaker wants to be a better… device!

Connectivity and convergence are the new buzzwords in discussions (along with emissions, of course). It is not that I am against enabling the automobile to have the latest technology, but I wonder who controls whom. Are we making the vehicle perform better using latest technology, or are we cramming in more technology to make a vehicle merely appear better?

The usual excuse seems to be that the customer wants a ‘feature-packed’ car, therefore the obsession. Is it really that or does the customer want a ‘value-packed’ offer? Is it that for lack of clear differentiation, one resorts to the bells and whistles? Even if it is as irrelevant as over half the connected car features that even automakers agree, see very little, to no usage.

The more software and electronics you cram in, the more you take the soul away from a vehicle. An AI programme cannot ensure the individual flair of an ikebana artist or a chef’s presentation. Software customisation also has its inherent limit as well as finite algorithms. Hence, a very fine balance needs to be ensured by the person who defines the product and plans it.

Technology is required to make vehicles safer, more reliable and more predictable. And nothing beyond that. It just complicates matters when the planners build in things like an in-car shopping app; just ask GM who recently shut it down despite having offered it on millions of its vehicles.

And whatever is ‘artificially’ configured can fail or can be compromised. Just like a 19-year-old hacker named David Colombo simultaneously hacked into 25 Teslas across 13 countries in January this year and had them at his mercy for some time. Thankfully, he did so to demonstrate the pitfalls of over-dependence on drive-by-wireless motoring and over-the-air updates. Not all hackers will be so noble in their intent.

Too much of anything is bad for health. It leaves a bitter aftertaste.

The idea is to keep it simple.

Or it becomes stupid!