The reduction in workforce is due to the company’s move to reduce global production capacity by 10 percent; 12,500 jobs to be cut globally. 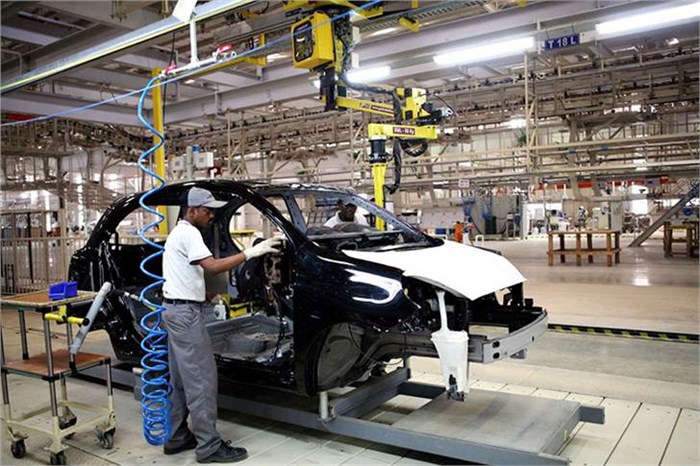 Nissan has confirmed plans to reduce its production capacity and model range, and axe around 12,500 jobs worldwide, in a bid to turn its fortunes around. The Japanese carmaker's India operations will bear 13.68 percent of the total job cuts – over 1,710 – as per data available from the company. These job cuts in India and six other markets will happen in 2019, but there is no information at which levels they will be.

This news comes even as India Auto Inc reels under an unprecedented sales slowdown for nine months in a row, which is impacting manufacturer and supplier growth and leading to job losses. It was only yesterday that the apex component body, ACMA, warned of job losses. 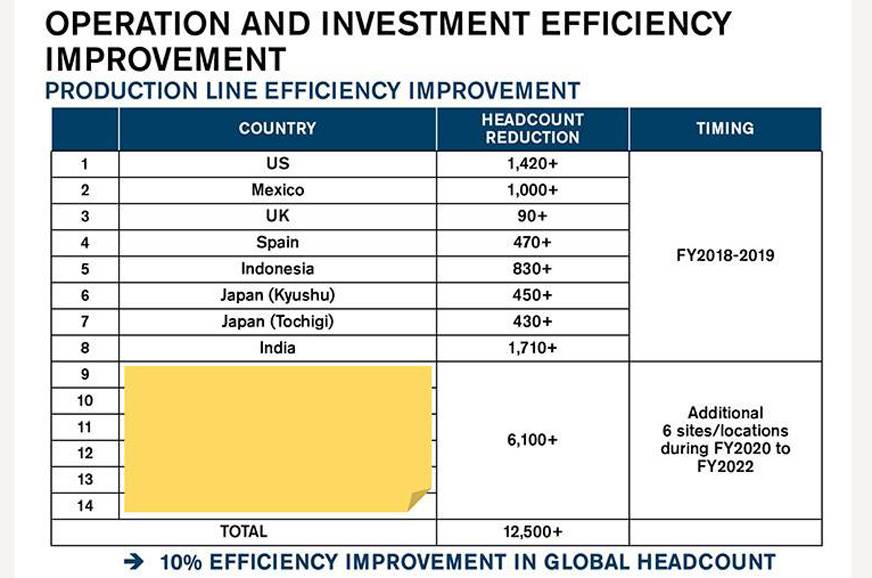 Under the Renault-Nissan Alliance, Nissan Motor India has a joint manufacturing plant at Oragadam in Chennai, with an installed capacity of 480,000 units per annum. Nissan is having a tough time in the Indian market. In Q1 FY2020 (April-June 2019), the company sold a total of 5,353 units, down 49.40 percent year on year. The same period also saw its passenger vehicle market share come down from 1.21 percent in Q1 2019 to 0.75 percent in Q1 FY2020.

Nissan Motor Co had announced 4,800 job cuts earlier this year, having suffered its lowest profits for almost 10 years. The 12,500 job losses – around 9 percent of the firm's global workforce – include 6,400 the firm has already made. They come as a result of moves by Nissan to reduce its global production capacity by around 10 percent. The major restructure was confirmed by the company during the publication of its first-quarter results for the 2019 financial year. In the three-month period, running from April to June, Nissan's net income is down 94.5 percent year-on-year, with sales down in several key markets.

While some of these initiatives are already underway, the company expects that substantial improvements in its performance will take time.

According to Nissan boss Hiroto Saikawa, the models affected are likely to include compact cars and those from its Datsun sub-brand.

As with many car firms, Nissan will spend heavily on future technologies, and says it will invest heavily in its ProPilot driver assistance system. It is also plotting further investment in electrified vehicles, including battery electric models. It will also investigate new business models, including ride-sharing mobility services.

Multiple reasons have been cited as reasons for Nissan’s profits slump, including global sales stagnation in the US and Europe, falls in Asia, political uncertainty, tariffs, the need to invest in electrification and autonomy, and a part-ageing product line-up, including its successful Qashqai and Juke SUVs. Greater competition from rival manufacturers in the SUV segment is also a factor.
In May this year, Nissan reported net annual profits of £2.37 billion, down 5 percent on the previous year. This was the lowest figures since 2009/10, in the wake of the global financial crisis. The company has also warned that the current year could be worse.