The Swedish brand will be ditching its alphanumeric nomenclature for next-gen EVs, starting with the XC90 successor, to mark a new beginning. 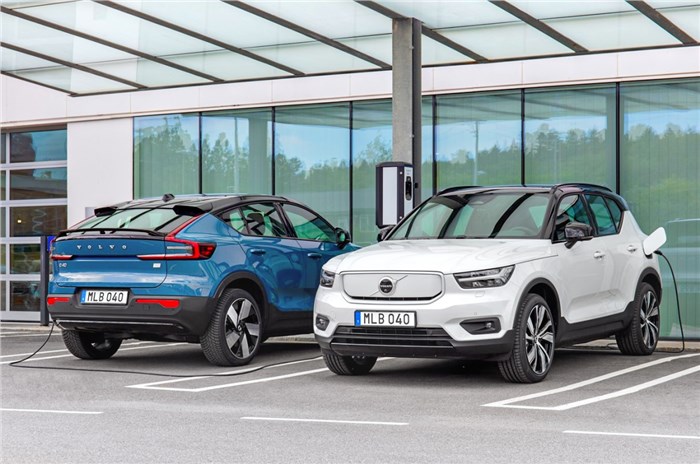 Volvo will move away from its current model nomenclature convention by giving future models names, rather than numbers, company boss Hakan Samuelsson has confirmed. The move is aimed at marking out next-gen models as the company shifts towards becoming an all-electric brand globally, by 2030.

With a few exceptions, Volvo has used a numeric or alphanumeric-based nomenclature throughout its history. It adopted its current system in 1995, using S for sedans, V for estates, C for hatchbacks and coupés and XC for SUVs, followed by a size-based number.

In an interview with our sister publication, Autocar UK, Volvo CEO Samuelsson said, “If you look at cars today, all of them have very ‘engineered’ names: XC, T8, All-Wheel-Drive, double overhead cams – it’s all specification on the rear of many cars.” This, however, is set to change moving forward.

“We’re talking about a totally new architecture, a new-generation of born-electric, all-electric cars with central computing. It’s good and clear to mark that this is a new beginning, and that’s why we’re not going to have numbers and letters, an engineering type of name. We’re going to give them a name as you give a newborn child a name”, Hakan Samuelsson said.

The Swedish manufacturer recently unveiled the Concept Recharge that previews the XC90 successor due next year. At that launch, Samuelsson confirmed that the new car will have a name.

In response to an Autocar UK query, Samuelsson said that next-generation models which follow the XC90 successor will also be given more 'emotional' names.

Volvo’s switch to model names bucks an industry trend towards alphanumeric titles, which are considered easier to standardise worldwide. Volkswagen, for example, is using model numbers for its ID electric car range, instead of the names such as Polo, Golf and Tiguan used for its combustion-engine models.

Volvo is working on a new, small electric crossover – effectively an XC20, although set to adopt a different name – that will be based on parent firm Geely’s SEA platform. Samuelsson has said that “it's very likely” this model will be built in China and noted that it will arrive sometime after the XC90 successor.

Volvo to go EV-only in India

Volvo revealed its commitment earlier this year to abandon combustion vehicles and go all-electric in global markets by 2030. The company, however, aims to transition to an EV-only line-up in India even before that.

Volvo India is set to launch its first all-electric model – the XC40 Recharge, with bookings for the car open since June this year. Moreover, it is also gearing to launch the facelifted XC60 and S90 in 2021.