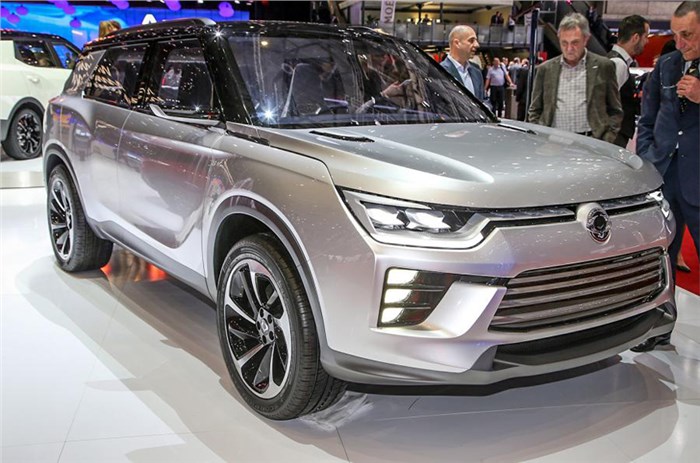 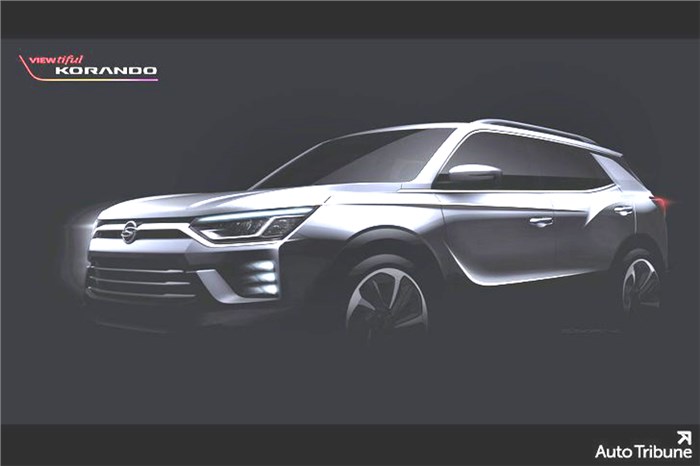 All-new SsangYong Korando to sit above the popular Tivoli SUV in the Mahindra-owned brand’s global line-up.

SsangYong is all set to unveil its next Korando SUV at the upcoming Geneva International Motor Show 2019. The third-gen Korando will sit above the Tivoli in the brand’s global line-up. The new Korando will sit on a modified platform that also underpins the SsangYong Tivoli SUV. A modified version of the same X100 architecture also underpins the soon-to-be-launched Mahindra XUV300.

SsangYong has released a first set of teasers giving us a hint of this new SUV. The third-gen model is expected to borrow styling cues from the SIV-2 concept shown earlier. SsangYong had brought a few units of the second-gen Korando to India for internal testing however the model was never sold officially. The all-new SsangYong Korando will be a five-seat SUV and will feature a spacious cabin and cargo room. Just like the concept, the new Korando’s interior will get a blend of leather and Alcantara on the dashboard and seats, and premium quality wood and aluminium inserts as well.

While the new Korando is likely to borrow engines from the Tivoli and is also expected to come with a new 1.5-litre turbo-petrol engine. However, the big news is that the SUV will also spawn an all-electric version soon and will be SsangYong’s first electric SUV globally.

Closer to home, Mahindra is all set to announce pricing for the new XUV300 that will rival the Vitara Brezza, Ford EcoSport, Tata Nexon and Hyundai’s upcoming compact SUV. Mahindra has also confirmed that a new electric SUV (Codename: S210) based on the XUV300 will come to India in the future.

Do let us know in the comments section whether the SsangYong Korando should come to India as a Mahindra?