Next-gen Hyundai i20 teased ahead of Geneva unveil

i20New Hyundai i20 launch in India is slated for June; will rival the Altroz, Baleno, Jazz and Glanza. 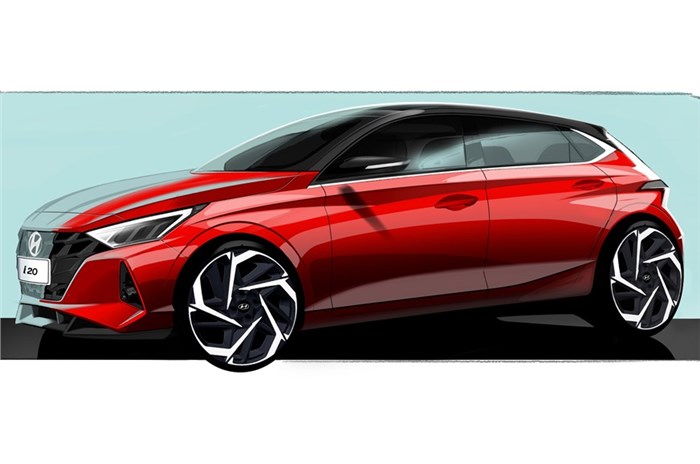 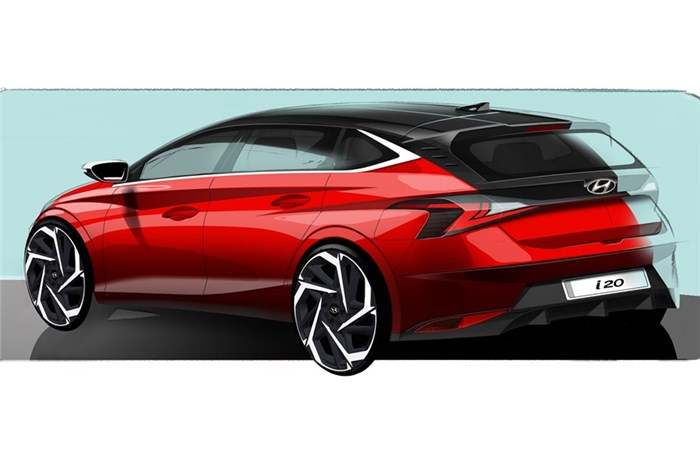 Hyundai has officially released the first teaser image of the next-gen i20. The all-new Hyundai i20 has been spotted testing multiple times in India and abroad, and, as reported by us earlier, it will see a market launch in India sometime in June this year.

The first teaser image confirms that the next-gen i20’s design will be more of an evolution than a revolution, and the overall profile of the new car remains true to the second-gen model that it replaces.

In order to make the new Hyundai i20 look sportier, the designers have given the car a bit of a sharper look at the front-end, with more cuts and creases on the bumper, similar to the recently unveiled Aura sedan. The new i20 gets the signature cascading grille with headlights that neatly merge with it, like the one seen on the latest Elantra.

On the inside, expect familiar premium quality materials, with the top variant getting a fully digital instrument cluster which was part of the test mule seen in India a few months ago.

The next-gen Hyundai i20 will also get the BlueLink connected-car tech with a larger 8.0-inch touchscreen infotainment system. We can also expect features like wireless charging, automatic climate control with rear AC vents, push-button start-stop, front and rear armrests, and six airbags.

Engine options on the new i20 will include a standard 1.2-litre, naturally aspirated petrol, a new 1.5-litre diesel, and a 1.0-litre turbo-petrol, mated to either a manual gearbox or a DCT automatic.

When launched in India, the new i20 will replace the second-gen car that has been on sale for over 5 years now.  Key rivals include the recently introduced Tata Altroz, Maruti Suzuki Baleno, Honda Jazz , and the Toyota Glanza.