2020 Force Gurkha to get an all-new bodyshell, new interiors and a BS6-compliant 2.2-litre diesel engine. 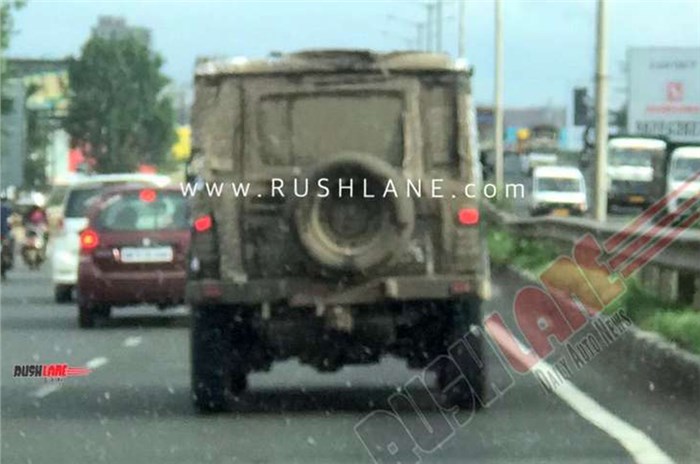 Force Motors has begun road-testing its next-gen Gurkha; the model was spotted on the outskirts of Pune recently. We had reported back in May that the brand had begun work on the second-gen Gurkha, and it seems the updates seen on the test mule are in-line with information we had revealed then.

First up, the test mule seems to have an all-new bodyshell, which has been designed to clear upcoming crash test norms that come into effect from October 1, 2019. While the shape of the overall body looks quite similar, a closer look reveals that the portion aft of the front doors gets design changes, including a single window replacing the dual-pane unit seen on the outgoing model. Additionally, the company is also expected to give the new Gurkha a fresh exterior design, which will still mimic the current model’s retro styling.

The second-gen SUV is expected to be underpinned by the same architecture as the Gurkha Xtreme, which brought with it a new multi-link suspension setup, a low-range transfer case and other off-road gear. Under the hood, the new Gurkha will come with an updated 2.2-litre diesel engine that will clear BS6 norms, which come into effect on April 1, 2020. This engine is actually a Mercedes-Benz-sourced unit that currently churns out 140hp. Force Motors is likely to ditch the larger, but less powerful, 85hp 2.5-litre engine for the new-gen model.

The next-gen Gurkha will also come loaded with "more creature comforts" than the outgoing model, according to people in the know. This will help the company position the Gurkha as a stronger rival to the all-new Mahindra Thar, which is also expected to be more refined than its predecessor.

As reported by us earlier, the new Gurkha is expected to go into production sometime around December 2019, which means the model may also see a market introduction around Auto Expo 2020 in February, along with the new Thar.