Petrol, diesel, plug-in and full-electric versions are planned for the next-gen 5 Series sedan; world debut by 2024. 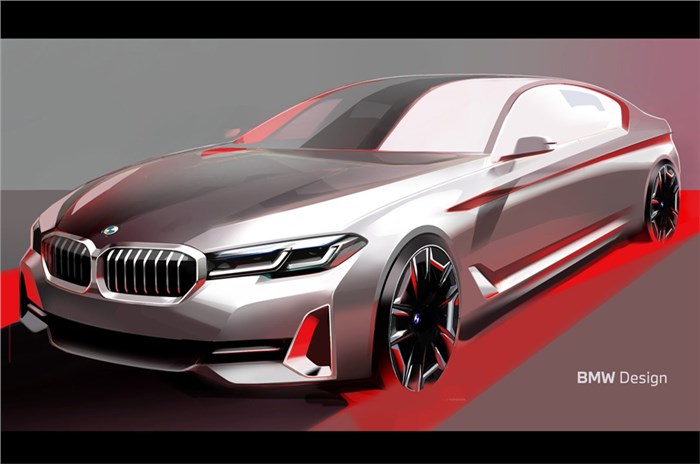 While BMW India has just introduced the 5 Series facelift in India, the German brand has already begun work on the next-gen of the popular sedan. Set to be unveiled by 2024, the next-gen BMW 5 Series will be a completely redesigned car.

The new 5 Series line-up will wear a bold new look that will obviously mark them out from today's car. The new iteration, codename G60, will come with multiple powertrain options that will include a plug-in hybrid and also an all-electric version, which could get the i5 moniker.

Following the imminent arrival of the iX flagship SUV and i4 sedanoverseas, BMW will introduce a further seven pure-electric cars by 2025 in the international markets, with several core combustion-engined models gaining EV derivatives in the same vein as the X3-based iX3.

The company has yet to specifically detail how it will vary its EV powertrain offering, but the current 5 Series uses the same CLAR architecture that underpins electric and combustion-engined versions of the new 4 Series, suggesting its larger sibling will offer a similar powertrain line-up if it retains the platform. That means the standard version of the i5 could potentially be offered with both rear- and four-wheel-drive drivetrain options.

The plug-in hybrid versions of the new 5 Series will likely retain their current 530e and 545e badging, with electrified four- and six-cylinder petrol engines, respectively. A range of pure-combustion variants is likely to continue on sale, at least initially, though it remains to be seen whether BMW will reintroduce the 530hpV8-powered M550i range-topper, and the full-fat M5 will almost certainly adopt some form of electrification.

The new 5 Series will be radically styled and will be visually distinguished from the outgoing model. Notably, the controversial vertical grilles from the new M3 and 4 Series will be absent, with the new 5 adopting what looks like a more familiar horizontal arrangement, which will be blanked-off for the EV.

The new sedan will get a much sharper front styling, with the grilles angled backwards to give the bonnet a small degree of overhang, while the rear will most likely move away from the conventional three-box sedan shape for a fastback-style silhouette.

As mentioned above, the Indian market has just received the facelifted 5 Series sedan. The all-new version is still some time away and will be launched subsequently after a world premier sometime in 2024.  As far as rivals go, the 5 Series takes on the likes of the E-Class (sold in a long wheelbase version in India), the Audi A6 and the Jaguar XF.