New Mercedes-Benz SL to move away from GT car ethos

Daimler’s chief design officer Gorden Wagener confirms the new SL will return to its sporting roots and draw inspiration from the original 300 SL. 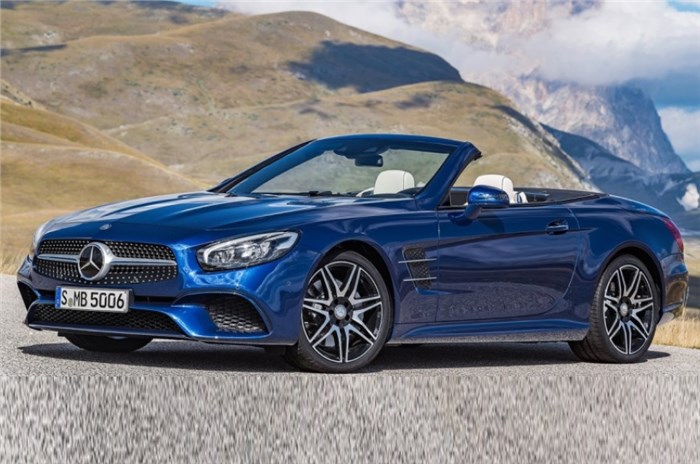 Current Mercedes-Benz SL on sale in international markets used for representation only.

The next Mercedes-Benz SL, which is due to be revealed next year, will hark back to the original model of the 1950s more than any generation that followed, according to Daimler’s chief design officer.

Speaking to our sister publication Autocar UK, Gorden Wagener admitted that he’s “not a fan of retro designs”, so the new SL won’t wholly revive the two-seat, gullwing look of the formative car. However, he said that the SL is moving away from the GT-style roadster ethos of the past few decades, returning to its sporting roots. To this end, AMG is heavily involved in its development.

“For me, the most beautiful SL is the original, the 300,” said Wagener. “And I think we’ve taken some of that DNA, starting with the proportions, the surface treatment, things like that. In that respect, the new SL is probably the closest to the first one ever.”

Spy shots of the new SL have revealed that the car retains its classic long bonnet and cab-back profile but uses a fabric convertible roof instead of the current SL’s folding metal item.

Its platform will be adapted by AMG for the next AMG GT but, when asked if there will be any crossover between the two, Wagener said: “The GT is more of a race car and the SL is more of a sports car. You will clearly see the differences.”

There were two versions of the older-gen SL on sale in India (the 350 and the 500), but not for a while now. There is no word on if this next-gen model will be available at a Mercedes-Benz India showroom. However. Mercedes has a slew of new models expected to arrive in 2020. There’s the new A-class sedan, the second-gen GLA, the new generation of the company’s flagship GLS SUV (coming on June 17) and also the all-electric EQC SUV. The EQC was set to launch earlier in the year though the COVID-19 related lockdown has now pushed back its launch.

Next-gen Mercedes-Benz GLC could get a 7-seat layout