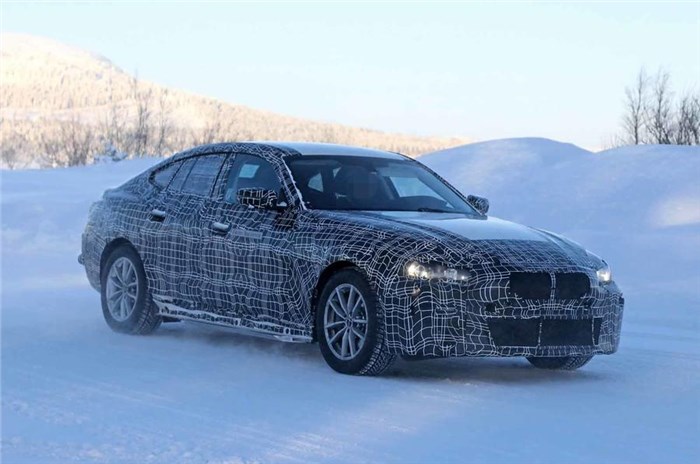 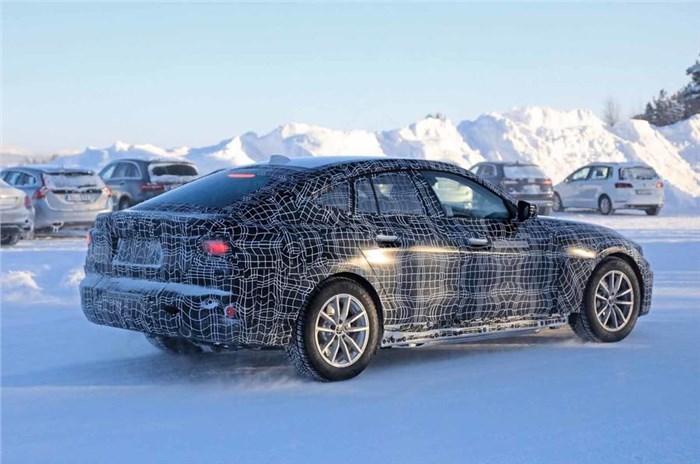 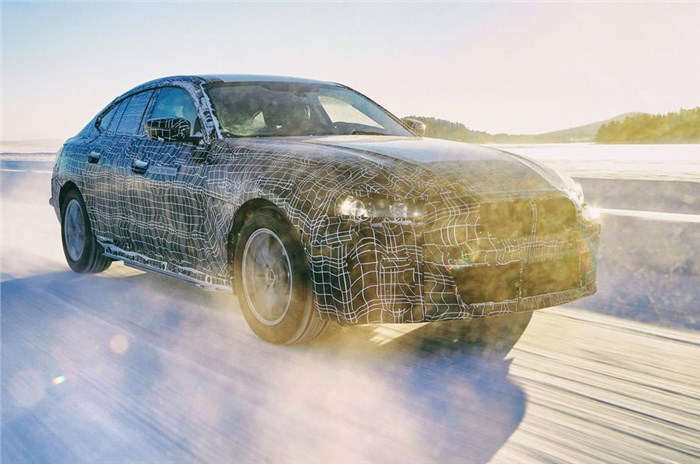 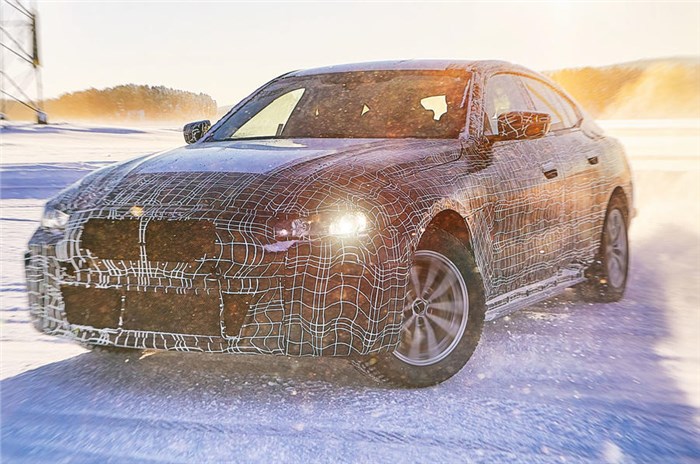 BMW has released images that show the upcoming i4 electric sedan undergoing cold-weather testing alongside the upcoming iNext and iX3 electric SUVs. The iX3, based on the latest X3, is due to launch in 2020, followed by the standalone iNext, a year later, and the 4 Series-based new i4 a year later.

BMW has said that the tests taking place at its cold-weather testing facility in Arjeplog, Sweden, are set to determine the durability of the models' batteries, electric motors and suspension systems. The carmaker's rival to the Tesla Model 3 has a claimed range of over 600km and a 0-100kph time of 4sec with a 200kph top speed.

There is a direct visual link between the i4 and the latest 3 Series; and it will share much of its design with the upcoming second-gen 4 Series sedan. A side-on view of the electric sedan reveals that it seems to be higher off the ground that the current-gen 4 Series, both in terms of roof height and ground clearance. This suggests a raised floor to accommodate a sizeable long-range battery. Other tell-tale signs that this is the i4 include a blanked-off front grille, fake 'exhausts' in the disguise and legally mandated 'electric test vehicle' stickers.

The i4 has been scheduled to be built on the same line as the standard 3 Series models at BMW's factory in Munich, Germany. To ensure a smooth production process alongside existing petrol, diesel and hybrid models, the German car manufacturer is already running assembly tests with pre-production versions of the model.

Talking about the i4, BMW AG chairman and CEO Harald Krüger said, “The leading factors that will set it apart are fantastic design, which is very different to anything else on the road, and the fact that it is lighter and therefore more dynamic than anything we see on the market today, thanks to the materials we will use. Couple that with the connectivity technology we are constantly developing and we are confident it will lead the market.”

Sources suggest that BMW i4 is being considered for two drivetrain options for the i4. The first is one that uses a front-mounted electric motor in combination with a fixed-ratio gearbox and an electric propeller shaft to channel drive to the rear wheels. This layout would give the i4 traditional BMW traits and, according to one source, the best possible weight distribution. The second, and more costly option, uses two electric motors – one driving the front wheels and a second within the rear-axle assembly that drives the rear wheels.

Similar to the system set to appear on the iX3, the i4 offers the choice between front and four-wheel drive, depending on the drive mode that is selected. To achieve performance targets similar to those of the current 335d, BMW is banking on a total output for the electric motor set-up of the i4, whether as a single unit or dual units (front and rear) of approximately 355hp.

At a board meeting held earlier this year, BMW’s top management initiated an accelerated development of both long-range plug-in hybrids and electric models in anticipation of stricter emissions norms in the EU by 2030. At the 2018 Paris motor show, in conversation with our sister publication, Autocar UK, Krüger confirmed the altered i-division plan. The new plan now plans to offer more electric cars than any rival premium brand in the short term, and calls for the introduction of up to five dedicated i models by the end of 2021. After this, tentative steps will be taken to expand to 12 electric models within the whole BMW Group – including Mini and Rolls-Royce – by 2025. Krüger has also green-lit 25 new plug-in hybrid models to be introduced by 2025.

Among the models at the centre of BMW’s electrification strategy lies a further-developed version of the constantly evolving i3, the Mini SE, the iX3 and the i4. BMW will follow that with a more advanced range of premium electric cars employing solid-state batteries and autonomous driving features – as previewed on the recently shown iNext concept car.