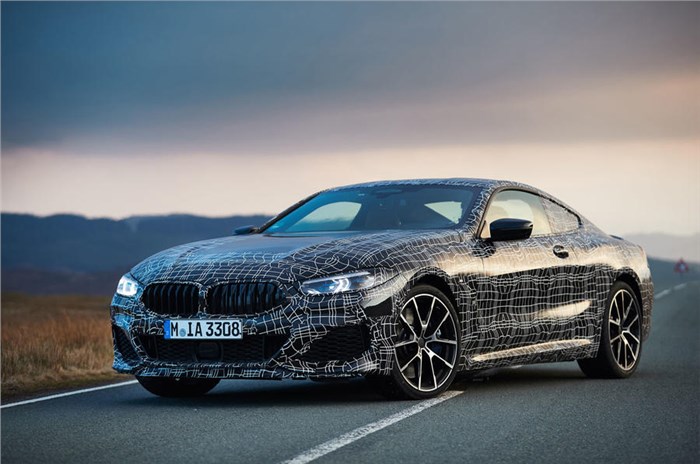 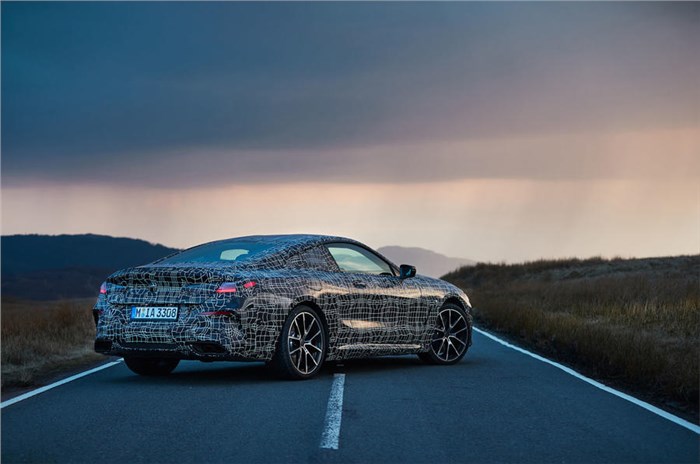 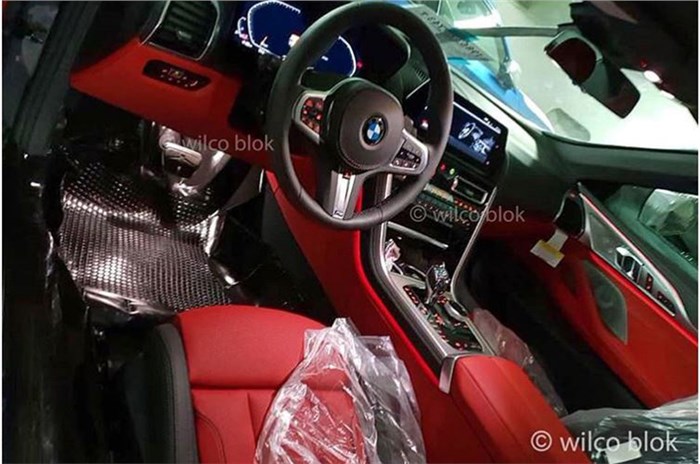 Two-door 8-series will share naming conventions and engines with the 7-series sedan; to be revealed at the 24 Hours of Le Mans on June 15.

BMW's new 8-series will feature a digital instrument cluster as part of a new dashboard design. The new feature has been caught on camera for the first time, ahead of the model's reveal at the 24 Hours of Le Mans on June 15, 2018. The image, posted on Instagram, reveals that BMW’s two-door range-topper will swap the conventional dials of its siblings for a digital layout. The digital interface, so far featured only in the i3 and i8, will serve as BMW’s answer to Audi’s Virtual Cockpit system.

The 8-series is also expected to be equipped with BMW's most advanced suspension technology in an attempt to make it more driver-oriented than the Mercedes-Benz S-class Coupe and the Bentley Continental GT. The brief issued to BMW’s engineers was to produce a mix of ‘fascinating sportiness and supreme comfort’.

To achieve this, the car manufacturer has provided the car with a host of driver-focused hardware and software, including adaptive damping and a dynamic stability control setting that allows for more driving exuberance while still retaining a 'safety net'. Markus Flasch, the 8-series' project manager, said: “Whether a driver expresses his or her wishes with regard to comfort and sportiness using the accelerator pedal or by pressing a button, the vehicle immediately adapts perfectly to each setting.”

Our sister publication Autocar UK has already driven a prototype of the two-door coupé, an M850i xDrive, which demonstrated the car's potential on technical roads. However, the final settings won't be confirmed until November 2018, when it goes on sale in the UK.

The upcoming 8-series is technically related to the 7-series sedan, essentially being a two-door coupé version of the latter, much in the same way that the 4-series and 3-series are related. The 8-series will share naming conventions and engines with its sedan sibling as well. This means that an iPerformance-badged plug-in hybrid will feature in the range, while the entry-level 3.0-litre six-cylinder diesel unit found in the 730d will be used in the 830d. The 8-series line-up will also include the more performance-oriented 4.4-litre V8 currently employed in the 750i, paired to xDrive (all-wheel drive) and 515hp.

Christian Billig, head of drive system integration at BMW, said: “Above all, the eight-cylinder harmonises perfectly with the further developed Steptronic transmission during dynamic acceleration. At the same time, the sound development of the sports exhaust system authentically reflects the car’s power delivery."

A V12-engined model will be introduced at a later stage, although the most hardcore variant of the range will be the M8, which will make use of the lighter V8 but in an uprated form. It's likely to be near-identical to the current M5’s powerplant, which is a 592hp, 4.4-litre, twin-turbocharged, V8 engine, and will share the xDrive four-wheel drive system as well.

Inside, 8-series models will feature the same technologies used in the 7-series, including the latest generation of semi-autonomous functions.

The 8-series has seen one of the largest build-ups in recent automotive history – three concept cars have been showcased before the production car broke cover (in camouflage, of course). The first of these concepts previewed the standard car, while the M8 Gran Coupe concept demonstrated the thinking behind a high-performance version. A racing concept was also created; it's being followed by the M8 GTE, which is competing in the 2018 World Endurance Championship, of which Le Mans is the most illustrious round.