The study, published by global mapping company TomTom, shows Delhi to have the fourth highest level of traffic congestion in a list of 403 cities. 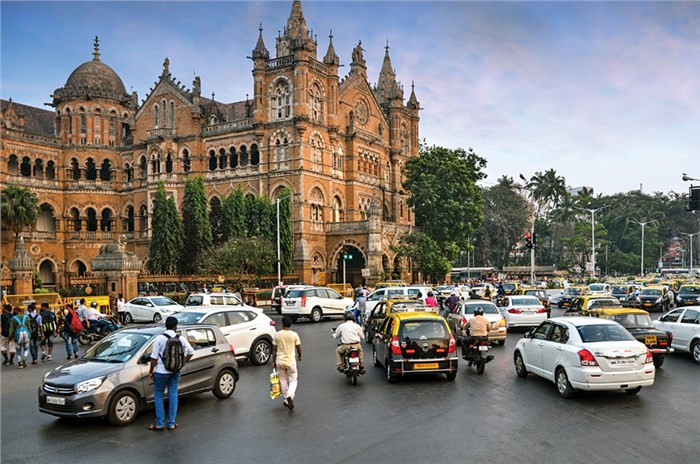 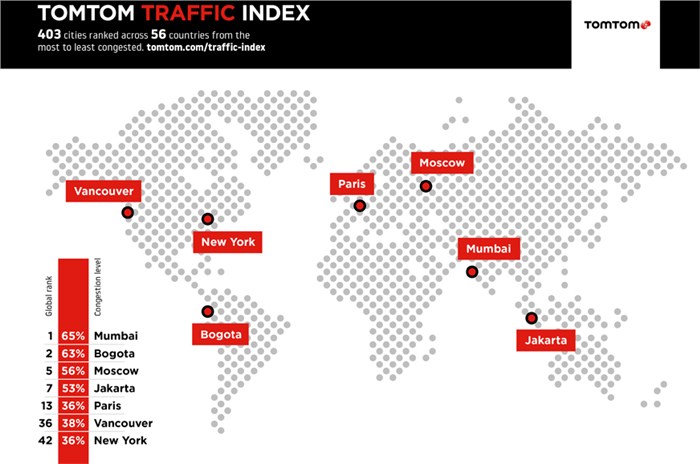 Navigation services major TomTom has released its Traffic Index report for 2018. The annual study, which provides data about traffic congestion levels, has found Mumbai (65 percent) to be at the top of a list of 403 cities across 56 countries. Delhi (58 percent), at fourth place, is not far behind. Although grim, the results have shown a marginal improvement for the Indian cities, which in 2017 occupied the top two positions on the list, with even higher congestion levels (Mumbai – 66 percent, Delhi – 62 percent).

A closer look at the Dutch company’s day-wise data helps quantify the scenario that most us are already familiar with. In Mumbai, higher congestions during the morning and evening peak hours result in extra travel times of 80 percent and 102 percent, respectively. This, in the real world, translates to an added 24min in the morning and 31min in the evening per 30min trip. Similar figures for the national capital region stand at 73 percent and 95 percent (an extra 22min and 29min per 30min trip) for the early and late peak traffic hours, respectively.

Now in its eighth year, the TomTom report has found that traffic congestion has increased globally during the last decade. Nearly 75 percent of the cities analysed show increased or stable congestion levels between 2017 and 2018, with only 90 cities showing measurable decreases. Ralf-Peter Schaefer, vice president, Traffic Information, TomTom, said, “Globally, traffic congestion is rising, and that’s good and bad news. It’s good because it shows a strong global economy, but the flip side is drivers wasting time sitting in traffic, not to mention the huge environmental impact.”