In its latest report, Bloomberg Philanthropies, found an improvement in overall safety in India's financial capital though pedestrians and two-wheelers continued to account for a majority of road accident fatalities. 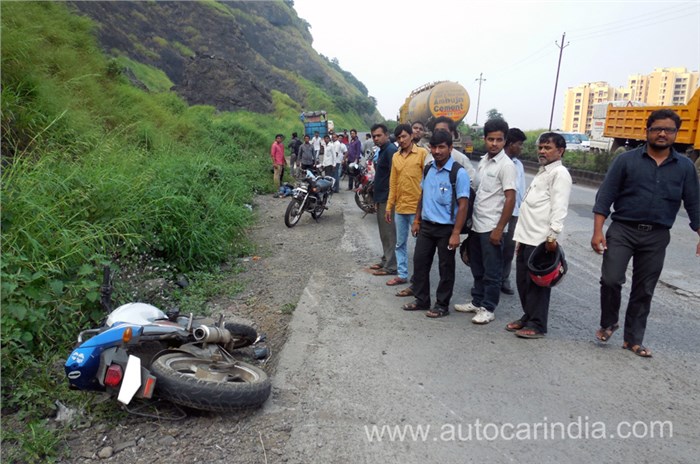 Bloomberg Philanthropies had chosen Mumbai as one of the 10 cities to be funded for road safety initiatives to improve pedestrian safety and reduce road fatalities. The charity foundation had also signed an MoU with the Maharashtra government in February 2015.
Bloomberg Philanthropies was founded by Michael R Bloomberg, an entrepreneur and three-term mayor of New York City whose innovations in government and philanthropy have made him among leading figures globally in the field of climate change, public health, education, and other critical issues. At present, the foundation employs a data-driven approach to incorporate sustainable global change. Bloomberg has donated more than $6.4 billion (Rs 44,262 crore) to several causes and organisations.
Bloomberg Initiative for Global Road Safety's partners working in Mumbai include Vital Strategies, the World Resources Institute, the World Bank’s Global Road Safety Facility, the International Road Assessment Program, the National Association of City Transportation Officials, the Global Road Safety Partnership and the Johns Hopkins Bloomberg School of Public Health. 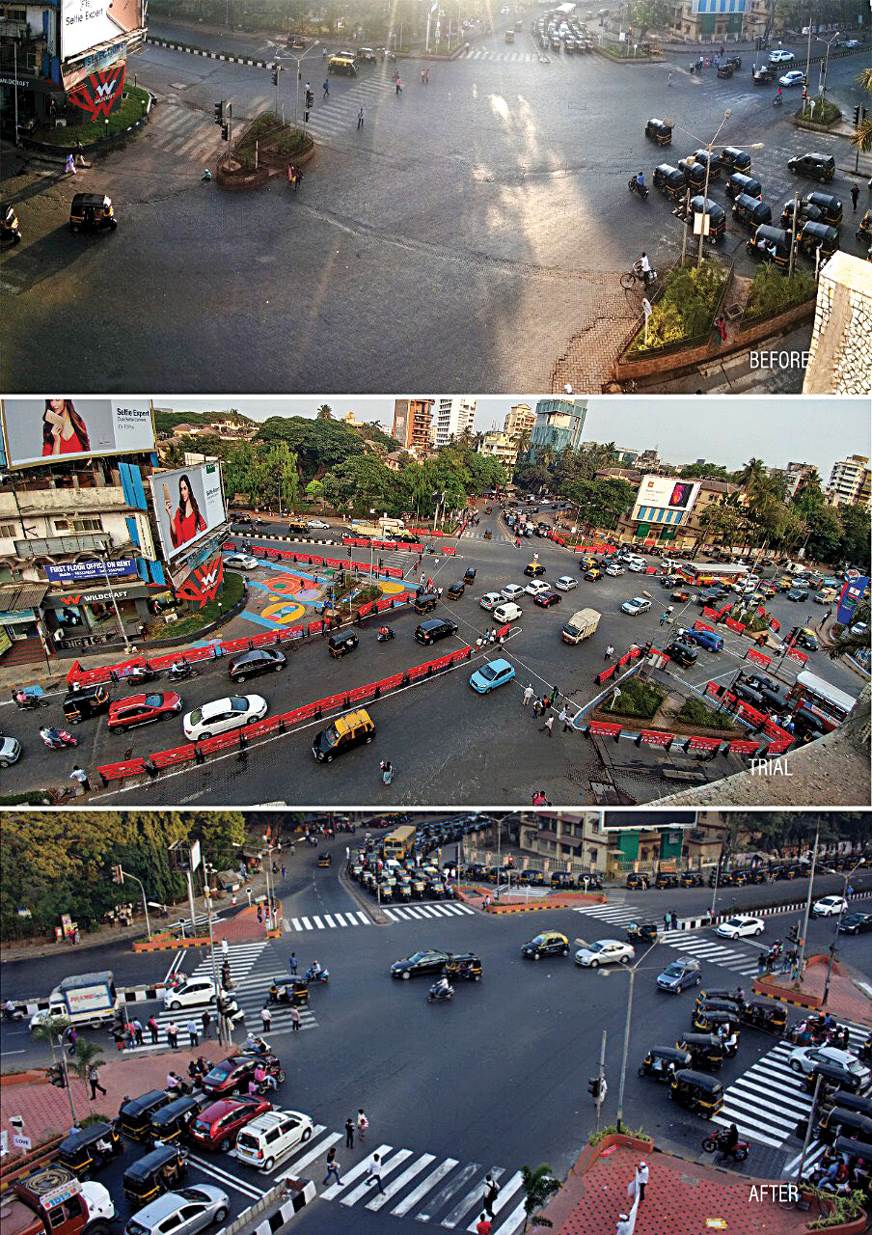 One of the projects undertaken by the Foundation and its partners was the upgradation of a pedestrian-friendly junction in Bandra.
Dire need to reduce road crashes and fatalities
The company says nearly 85 percent of the world’s countries lack adequate laws to counter the growing rates of traffic deaths and injuries, which result in over 1.3 million deaths and up to 50 million injuries occurring every year, with 90 percent of these fatalities in low- and middle-income countries.
Without action, road traffic crashes will become the seventh leading cause of death by 2030, and hence Bloomberg Philanthropies Initiative for Global Road Safety dedicated $259 million (Rs 1,792 crore) over 12 years to implement interventions that have been proven to reduce road traffic fatalities and injuries.
The foundation had selected Mumbai from a list of 20 applicant-cities globally, which would see data-driven interventions to further the cause of safety. The latest data analysed (between 2011-2018) by Bloomberg Philanthropies reveals that road crash deaths and injuries in Mumbai, which was on the rise, and saw its peak during 2015, when 611 deaths and 586 injuries were reported, has decreased by over 22 percent in the last 4 years.
In 2018, 475 road fatalities and 456 fatal crashes were reported. On the other hand, instances of non-fatal crashes and injuries between 2015-2018 saw a slight increase between 2017 and 2018. However, the overall trend has been decreasing from 2015. Bloomberg Philanthropies' plan of action includes a wide-array of approaches including data collection, analysis, partner intervention, capacity building of enforcement, mass-media campaigns and infrastructure design. One of the reasons Mumbai was selected was to portray the city as an example for the rest of India, indeed the world, and a big part of this exercise is to see how cities can learn from each other.
Pedestrians and 2W users the most vulnerable
As per the data analysed by the foundation, pedestrians and two-wheelers account for 51 percent and 41 percent of the fatalities followed by three-wheelers and four-wheelers (5 percent), three-wheeler and four-wheeler passengers (2 percent) and cyclists (1 percent).
As per the findings, three- and four-wheeler vehicle occupants made up a slightly larger proportion of road traffic injuries, compared to deaths. This, Bloomberg Philanthropies says, is a common pattern as these road users are less vulnerable to severe injury than unprotected motorcyclists, pedestrians and cyclists. Vulnerable road users, including pedestrians, motorcyclists and cyclists, made up for 84 percent of non-fatal injuries. Pedestrians and motorcyclists were still the majority at 83 percent. 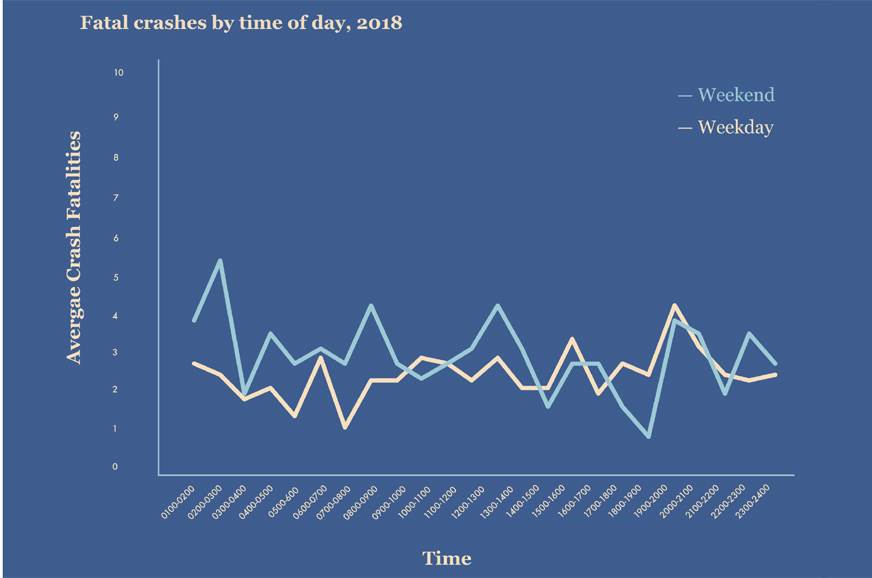 During weekdays, the peak period of fatal crashes is 20:00 - 21:00, whereas on weekends the peak period is between 02:00 - 03:00.
The report also finds that Mumbai saw the peak period of fatal crashes happen between 8pm and 9pm on weekdays. On weekends, the mishaps occurred between 2am and 3am, showing the huge variations and hinting towards the behavioural pattern observed on the streets. Also, the data reveals that the maximum number of fatalities were reported from the Western Express Highway, followed by Eastern Express Highway and Swami Vivekananda Road.
Road fatalities and the impact on society
It is important to note that while there can be no number attributed to the loss of human life and its manifold impact on society and economy, a 2018 World Bank report estimated that a reduction by half in road accidents could translate into an equivalent of 7 to 22 percent to GDP per capita over 24 years in select countries. This would roughly translate to welfare benefits equivalent to 6 to 32 percent of GDP per capita realised over the same period.
The concept of road safety goes beyond the transport sector with a direct impact on public health, societies, and economies. Likewise, because road safety is an inherently cross-sectoral issue, real progress can only happen if all relevant stakeholders determinedly unite their efforts.