The category gets its own set of rules and regulations for safety and size; Bajaj Qute’s India launch awaits ARAI approval. 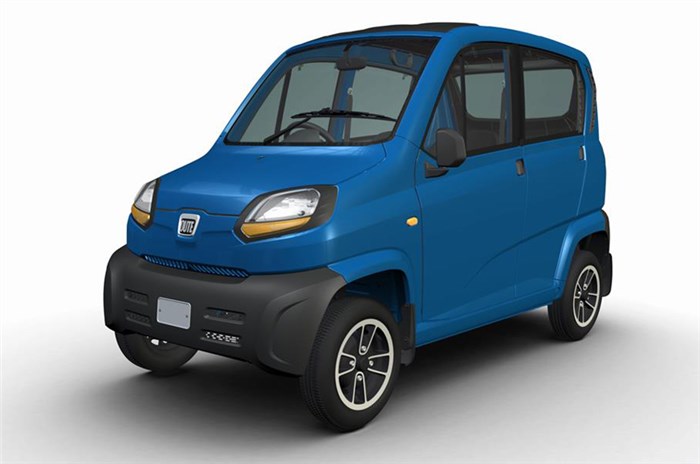 The Indian government’s Ministry of Road Transport and Highways (MoRTH) has approved a new class of vehicle to ply on Indian roads – the quadricycle. The ministry has already issued a notification on the standards for quadricycles, like weight, emission and safety worthiness.

A vehicle will be classified as a quadricycle if its kerb weight is under 475kg, it passes the new safety and crash tests that have been mandated, and clears emission tests that have been created for various powertrains including petrol, diesel, CNG, LPG, hybrid and even electric. The safety standards are said to be even more stringent than the European standards for quadricycles.

This move is expected to finally provide a green light to Bajaj’s Qute, a quadricycle that has, till now, been barred from launching in India due to a legal dispute regarding its category. The model had originally debuted way back at the 2012 Auto Expo as the RE60. Despite hurdles in its home market, Bajaj Auto has introduced the Qute in 11 international markets thus far (from Mexico and Peru to Sri Lanka and Indonesia), and plans to launch it in 10 more markets before the end of the year. During the last fiscal, Bajaj exported 5,000 units of the Qute and hopes to double that figure this year.

Powering the 400kg Qute is a rear-mounted 216cc, water-cooled, single-cylinder petrol engine mated to a four-speed manual transmission. Bajaj Auto claims a 70kph top speed and a fuel economy of 35kpl. Meant for extra urban transport, the quadricycle is 2.75m long, 1.3m wide, has 44 litres boot space and comes in 2+2 or 1+3 seating configurations.

The Qute is expected to be launched in India in the next few months, pending approval from the Automotive Research Association of India (ARAI). The model will roll out of Bajaj Auto’s plant in Chakan alongside the brand’s three-wheelers, suggesting the Qute is not going to replace them immediately.