The 'standard' 650hp SUV could get a more performance-oriented, highly tuned version in a future iteration. 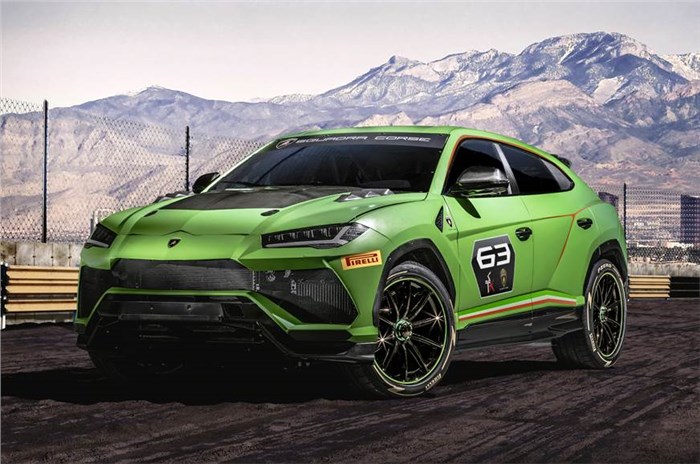 Launched in India in early 2018, the Lamborghini Urus hardly needs an introduction. It is the second production SUV in the history of the Italian automaker and it is powered by a 4.0-litre, twin-turbo V8 engine capable of putting out a colossal 650hp and 850Nm of torque. It can dispatch a 0-100kph sprint in a mere 3.6sec and go on to achieve a top speed of 305kph.

If that doesn't sound exciting enough, then this should – the supercar-maker has something more exclusive on the cards. According to people familiar with the matter, Lamborghini is said to be working on a more potent version of its performance SUV.

This falls in line with the tradition of the Italian company, which is famous for making limited-run, higher strung versions of its standard models. The Aventador SVJ and the Huracán Performante are a few recent examples which build upon and hone the performance of the original supercars. It was only a matter of time before Lamborghini gave one of its most radical vehicles some special attention too.

Going by the trend, the exclusive Urus could continue with the same V8, albeit in a higher state of tune. Reworked mechanicals, saving weight using lighter materials and Lambo's ALA active aerodynamics system could help the outlandish SUV feel more agile and find greater speed in the corners. However, the time frame for the launch of the yet-to-be named special edition model is still unclear.

Said high performance Urus is not the only derivative of the SUV that the company is currently working on. Late last year, Lamborghini’s motorsport division, Squadra Corse, unveiled the Urus ST-X concept. The track-focused race car, sporting a number of changes inside out, is meant to be used for the brand’s one-make championship in 2020. A plug-in hybrid Urus is also believed to be in the pipeline and should arrive sometime next year.

Until then, Lamborghini is expected to continue selling the Urus in its standard form, which takes on the likes of other luxury performance SUVs in our market, including the Bentley Bentayga and Porsche Cayenne.

Lamborghini's fourth model line could be a 2+2, says company CEO