Mercedes-Maybach SUV to debut by end-2019

Mercedes-Maybach SUV will be based on the new GLS; will get unique styling elements. 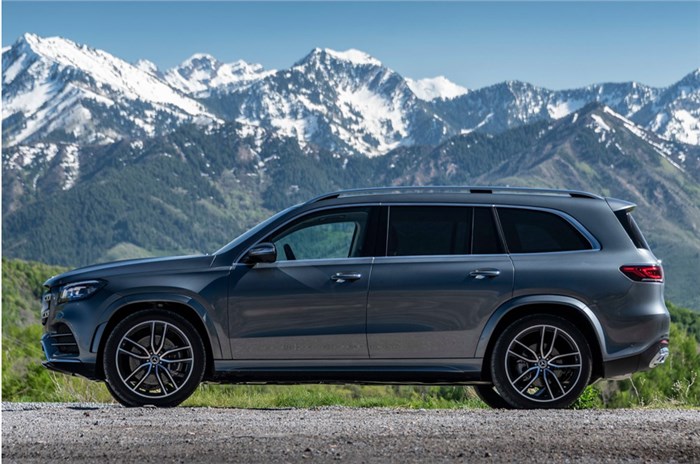 2020 Mercedes-Benz GLS (For representation purpose only)

Mercedes-Benz is set to crown its SUV line-up with a plush, new Maybach-badged GLS model, with sources at the Frankfurt motor show saying that the car is expected to launch later this year. The SUV will act as an upmarket rival to the likes of the Bentley Bentayga, Range Rover SVAutobiography and Rolls-Royce Cullinan.

It has been developed to offer performance, accommodation and its features commensurate with the existing Mercedes-Maybach S-class, according to senior Mercedes-Benz officials. They cite China, North America and Russia among the new model’s key target markets.

Our sister publication, Autocar UK, can confirm that the new Mercedes-Maybach GLS will receive its own unique styling elements, many of which will be drawn directly from the Mercedes-Maybach 6 coupé concept revealed at Pebble Beach in 2016 as a preview to the future of Mercedes-Benz’s Maybach sub-brand.

Despite retaining the same aluminium, high-strength steel and composite body panels as future standard GLS models, the new upmarket SUV is expected to sport a different grille and unique headlight and tail-light graphics, as well as added chrome and individual wheel designs, in a move aimed at providing it with a more noble appearance in line with the current Mercedes-Maybach S-class.

Secrecy surrounds the layout of the new Mercedes-Maybach GLS, although there are suggestions that it could also have an extended wheelbase to provide it with the sort of rear-seat legroom offered by the luxury SUV’s competition. The current 5,130mm-long second-generation GLS rides on a 3,080mm wheelbase, which is some 40mm shorter than that used by the Range Rover SVAutobiography Long Wheelbase but 80mm longer than that of the Bentley Bentayga.

Inside, the SUVs is planned to gain a luxuriously equipped cabin with appointments and materials beyond those of Mercedes-Benz’s existing Designo line. Among the more unique touches will be Maybach-themed digital instrument and infotainment system graphics, says an insider closely involved in the new model’s development.

Although the standard third-generation GLS is planned to offer seating for up to seven on three rows of seats, the new Maybach model is set to offer two rows of seats with dedicated seating for four, or, as an option, five.

Among the engines likely to be offered by the future range-topping GLS model is Mercedes-Benz’s twin-turbocharged 4.0-litre V8 petrol mated to a standard 9-speed automatic gearbox, with both 4Matic four-wheel drive and Air Body Control air suspension due to be standard. Insiders also hint at plans for a 6.0-litre, V12 twin-turbocharged flagship, although this has yet to be officially acknowledged. Also under development for the new GLS are petrol-electric and diesel-electric hybrid drivetrains – the latter of which is set to debut in the E-class later this year.

Mercedes-Benz’s plan to extend the Maybach line-up to include a GLS-based model comes after strong sales of the Mercedes-Maybach S-class globally.

For the Indian market, Mercedes could launch the Maybach GLS sometime in the future, in a bid to compete against the likes of the Bentley Bentayga and the Rolls-Royce Cullinan that are already on sale.