The Mercedes T-Class is a sister model to the Renault Kangoo sold abroad and will be produced at Renault's Maubeuge plant in Northern France. 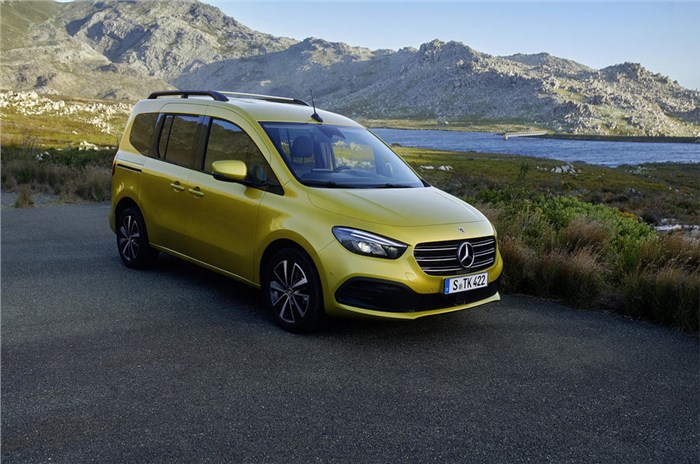 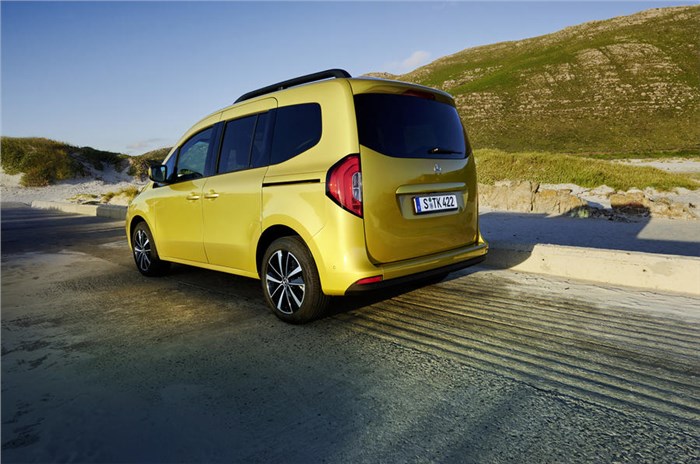 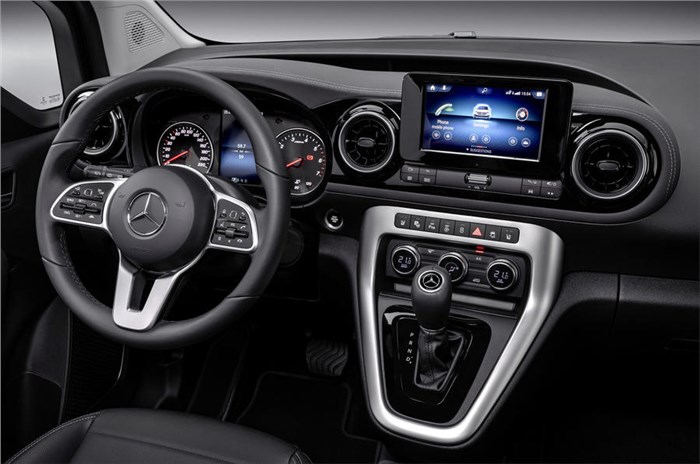 Mercedes-Benz T-Class: what you need to know?

Although the silhouette is similar to the Renault Kangoo, the T-Class is a Mercedes through and through in its design. The MPV features the traditional Mercedes grille with chrome highlights, and a large three-pointed star. It also gets its own individual headlights, bonnet and front wings.

The T-Class features sliding rear doors for easy access to the cabin; these doors come with fixed windows. The near-vertical tailgate opens at the bumper level, but buyers can also opt for twin 'barn-door' arrangement.

On the inside, the T-Class features a multi-function steering wheel, instrument graphics and round air vents, among other changes aimed at providing it with a typical Mercedes-like appearance.

Befitting a car in this class, the T-Class offers plenty of practicality, with large door bins and lots of storage spaces. There are also foldable plastic tables integrated into the rear of the front seats.

Revealed as a standard-wheelbase 5-seat model, the T-Class measures 4,498mm in length, 1,859mm in width and 1,811mm in height. In 2023, the carmaker is set to introduce a long-wheelbase version offering up to seven seats.

Powering the T-Class is a Renault-sourced 1.3-litre turbo-petrol engine in two states of tune – 102hp and 130hp – and a 1.5-litre diesel with two power outputs – 95hp and 115hp. A 6-speed manual is paired as standard while the more powerful petrol and diesel versions get the option of a 7-speed dual-clutch auto.

An all-electric version – the EQT – is set to join the line-up later, with a Renault Kangoo ZE derived powertrain.

Mercedes-Benz T-Class: will it come to India?