The addition of a turbocharger helps propel it from 0-100kph in 4.9 seconds. 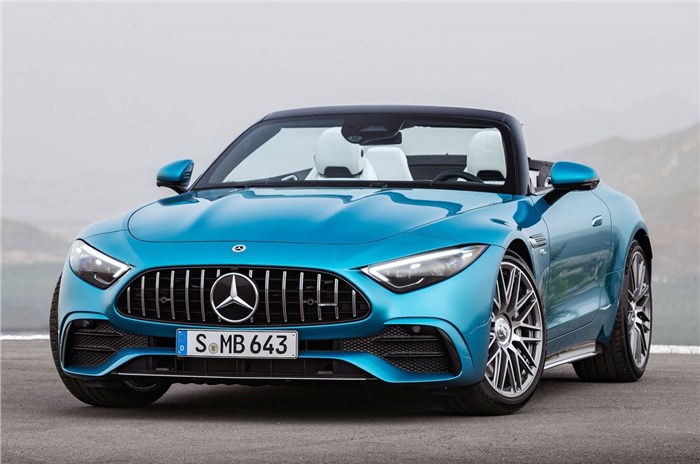 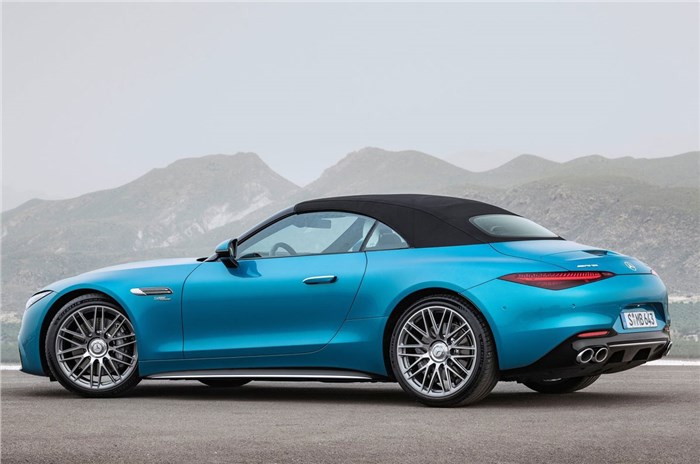 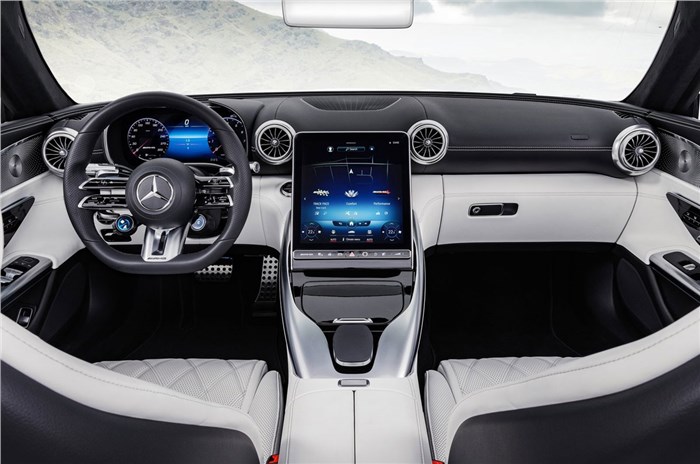 The Mercedes-AMG SL has gained a new entry-level variant featuring a turbocharger technology that, the firm says, is directly derived from Formula 1.

The rear-wheel-drive SL 43 is powered by a 375hp, 480Nm, 2.0-litre four-cylinder turbocharged petrol engine. The model also benefits from a 12hp boost from a 48V belt-driven starter-generator.

As standard, the SL 43 is equipped with an electric exhaust gas turbocharger, which, Mercedes-Benz says, is a world first for a series-production vehicle.

The technology, which is the same as that used on Mercedes-AMG F1 cars, adds a 4cm-thick electric motor to the turbocharger shaft. It drives the turbocharger directly, which, the carmaker claims, “significantly improves immediate response from idle speed and across the entire engine speed range.”

Mercedes-Benz says it provides the SL 43 with a more dynamic driving experience, optimising acceleration and accelerator input. It also maintains boost pressure when the driver has taken their foot off the accelerator.

The technology helps propel the car from 0-100kph in 4.9sec and on to a top speed of around 270kph. SL 43 models are also equipped with a nine-speed AMG Speedshift multi-clutch transmission.

"The electric exhaust gas turbocharger is a fascinating example of the extensive transfer between Formula 1 technology and the development of production vehicles," said chief technical officer for Mercedes-Benz Jochen Hermann. “In implementing this in conjunction with our powerful M139 four-cylinder, we were able to draw on the experience of our colleagues at Mercedes-AMG High Performance Powertrains. The technology increases agility and driving fun, thereby, improving the efficiency of the drive system.”

Mercedes-Benz says the SL 43 features a slightly adapted exterior design, with rounded front and rear aprons. A set of 19-inch alloy wheels are fitted as standard, with the option to swap it to 20-inch or 21-inch instead.

What are your thoughts on a Mercedes-AMG SL with lesser power? Let us know in the comments.