Both electric SUVs will have a standard version as well as a hotter AMG version. 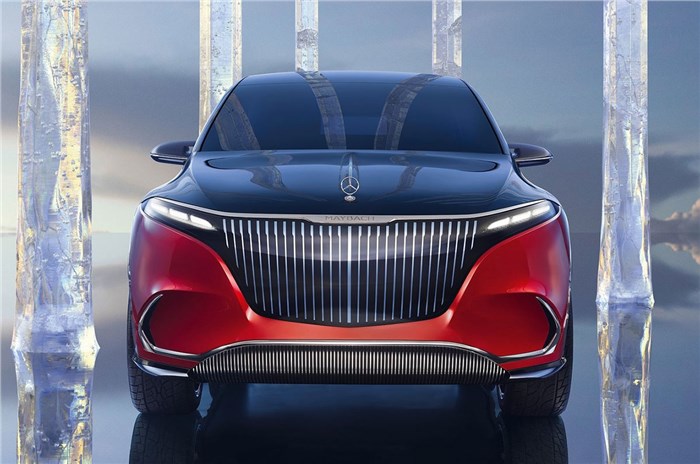 Mercedes-Benz is set to expand its global EQ electric car line-up by adding two new SUVs. Both models, the EQE SUV and the EQS SUV, will see a global unveil later this year and be based on the brand's EV dedicated EVA platform.

Our sister magazine Autocar UK's sources suggest that the 5,160mm-long flagship EQS SUV will be previewed at the Beijing motor show in April, while the 4,850mm, five-seat EQE would most likely get an airing at the Guangzhou motor show in November.

The EQE SUV and EQS SUV are planned to be produced at Mercedes’ US factory in Tuscaloosa, Alabama, which currently builds the similarly positioned, but conventionally powered, GLE and GLS SUVs.

Both SUVs are technically similar and are being developed together, in a joint engineering programme that aims to get them launched within six months of each other in the international markets. The EQE and EQS will join the existing EQA, EQB and EQC electric SUVs in the Mercedes-Benz range.

Both SUVs adopt the smooth-surfaced exterior styling treatment established by their sedan siblings. Extensive wind-tunnel testing and developments – like mounting the running boards beneath the doors to improve airflow and aerodynamically optimised wheels – are claimed to have netted both models a class-leading drag coefficient.

Eventually, the EQS SUV will provide the basis for a more potent, and more lavishly appointed Maybach, as previewed by a concept at the 2021 Munich motor show. Like their sedan namesakes, the EQS SUV and EQE SUV will be offered in several regular Mercedes-Benz and hot AMG guises.

It is with their interiors, though, that the new EVs will impress the most, according to Mercedes-Benz insiders. One senior manager privy to the final design of the EQS SUV said, “The interior will offer a compelling argument to buy this car. It sets new standards for Mercedes.”

The EQS SUV is set to offer a 108kWh lithium-ion battery pack in combination with two motors, together developing up to 516hp in the strongest of the four-wheel-drive models – the EQS 580 SUV 4Matic. This model will form the basis of Maybach’s first EV, which is set to take the EQS 600 SUV name to reflect its subtle power hike.

The smaller EQE SUV is set to use a 90.6kWh lithium-ion battery pack with the choice of either a rear-wheel-drive single-motor or four-wheel-drive dual-motor layout. The cheapest version, the EQE 350 SUV, will offer 288hp, according to our sources.

Although Mercedes-Benz has promised 800V charging compatibility in future EQ models, both these SUVs will have an electrical architecture operating at 400V.

Mercedes-Benz line-up: what's next for India

We can confirm that the EQS full-size luxury electric sedan will make it to India this year. Read more on that here. Apart from the announcement of EQS local assembly, we will see a number of new model launches in the coming year, and they will come from all four of the company’s sub-brands. Mercedes-Benz cars and SUVs are likely to account for the major chunk of these, and will likely include the new C-Class sedan.