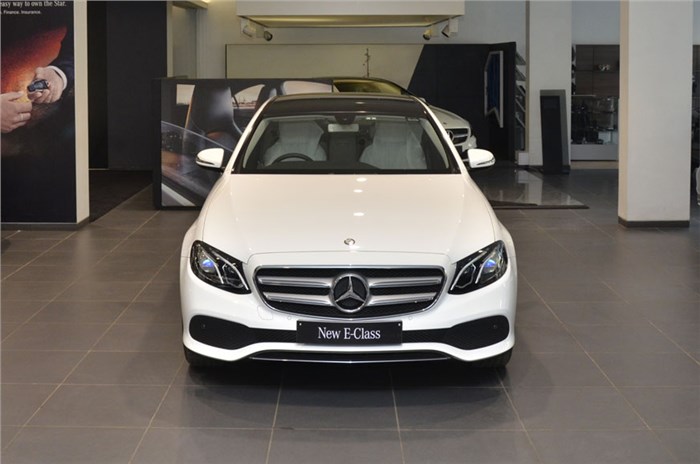 The luxury carmaker’s sales are down 18.6 percent year-on-year.

The ongoing slowdown in the Indian passenger vehicle market has not spared any automaker, from Maruti Suzuki to Mercedes-Benz. The German luxury carmaker – also the country’s largest luxury carmaker and the current market leader – has announced sales of 6,561 units in the first six months of 2019, down 18.6 percent year-on-year (January-June 2018: 8,061 units).

Commenting on the first-half 2019 sales, Martin Schwenk, managing director and CEO, Mercedes-Benz India, “We expect sales to recover gradually from the third quarter, however conditions would continue to remain challenging.”

The volume drivers for Mercedes-Benz India in the January-June 2019 period remained the E-class (which is only available in long-wheelbase form in India), while the new C-class and the GLC SUV also contributed to the sales volume. The AMG and the Dream Cars segment, however, grew the highest (by 47 percent) and outperformed the other segments in H1 2019.

In calendar year 2018, Mercedes-Benz India sold a record 15,538 units, posting growth of 1.4 percent over the 15,330 units sold in 2017. Growth was led by the long-wheelbase E-class, which remained the highest-selling model for the brand in 2018. The carmaker also witnessed healthy demand for the C-class sedan and the GLC was its highest-selling SUV.

With the festive season of Diwali in October, Mercedes-Benz India hopes for a recovery in sales from Q3 2019 onwards. Santosh Iyer – who has taken over as head of sales and marketing from July 1, 2019 – has his task cut out for him.

However, the carmaker is going ahead with its network expansion plans. In line with its strategy to reach out to emerging Tier-II and Tier-III cities, on July 18, it inaugurated a new state-of-the-art service facility in Kolhapur, which is the brand’s 94th outlet across 47 cities in India and the 15th service facility in Maharashtra and the 32nd outlet in West India.

Meanwhile, Volvo Cars India saw an upturn in fortunes in the first half of 2019, albeit on a lower base. The luxury carmaker sold a total of 1,159 units, an 11 percent increase, in the January-June 2019 period against 1,044 units in January-June 2018.